Have you always been involved with theater and puppetry? How did it all start?

I was in many plays in high school and college, but it honestly was mainly a social thing at that point. In college I started coming out as a poet, and that is the base medium I think I still work from. After college I moved to Vermont to be an elementary teacher. While I was teaching there, I was exposed to several different puppet companies and kept writing poetry.

One pivotal moment was when I took my class to see a puppet show. It was a version of Cinderella, and the pumpkin carriage was a pumpkin hot air balloon that flew over the audience. As the pumpkin floated over us, I felt the magic, saw the magic in the kids' eyes, and something clicked in me. I wanted to be a puppeteer.

Later that year, I was visiting a friend in New York City and there was an exhibit of puppet companies from around the country. I noticed In the Heart of the Beast Puppet and Mask Theatre in Minneapolis and had been planning on moving back to the midwest. The next year, I moved to Minneapolis, quit classroom teaching and started volunteering at In the Heart of the Beast, then worked as an Americorps volunteer there for two years. After that, I started working as an artist for the theater and training with kindred puppet artists from around the country.  Then I made work, a lot of it.

Your Ode to Walt Whitman was recently produced in Minneapolis. What inspires you about Whitman and his work?

I feel Whitman is my queer poet ancestor. He was a prophet and visionary for this country, its culture and poetic destiny. When 9/11 happened, I was disillusioned by "America" and our response as a country. I turned to Whitman to make sense of the country and to help me love it again.

I love his absolute non-objectification of things. He loved every atom of every leaf of grass, drop of water, hair on beast, and star in the sky. As a puppeteer, we look to find the subject, not object, in every thing we work with, to animate, to love and accept it, to help it find its life. "Love the puppet" is a mantra puppeteers say in jest sometimes but it's actually the way we know works. Walt Whitman animated the American people and landscape like a true poet and puppeteer. His poetry is an antidote to the consumerism, objectification, and commodification that is so prevalent in our current society.

I created a puppet performance called Make Believe Neighborhood that explored neighborhood helpers of Phillips/Powderhorn and the life of Fred Rogers. It premiered in Feb. 2018, right around the 50th anniversary of Mr. Rogers Neighborhood.

What does puppetry allow you to explore that is different from other art forms?

Puppetry incorporates so many art forms and blurs the boundaries of so many art forms. So set design, painting, sculpting, writing, music, costume design, movement, etc. are all something that come deeply into my world in creating a show. It's that holistic approach to creating something that appeals to me. It also drives me crazy sometimes. Puppetry is like creating a poem in space and time for me.

What makes for a strong artistic collaboration?

Mutual respect and crushing for each others' artistic expression. Learning about each other over time. Clear communication. Making time for fun and celebration together.

What is the most thrilling artistic experience you’ve had recently?

Bringing together 50 youth stilters, puppets, a professional chorus, a youth dance troupe, a lantern procession, video projection, and neighbors for a celebration of our neighborhood. This was an event I directed last summer called "Won't You Be My Neighbor" at In the Heart of the Beast. Seeing the kids and neighbors smiles and pride, just being together, did me good. Also, hanging out on the beach on Madeline Island and swimming in Lake Superior was salve and inspiration for my art heart.

What is the best advice you’ve ever been given?

What is something about you that might surprise people?

My first concert was The Osmonds.

What is a risk you’re proud of taking?

Accepting love. Slowing down and chilling out.

What do you see as the artist’s role in community—and neighborhood-building?

To just share ourselves, our talents, and interests with people around us and our neighbors, including trees, animals, the land, the sky. And to listen to and appreciate them. I think the best art springs from some sense of place, whether overt or not. 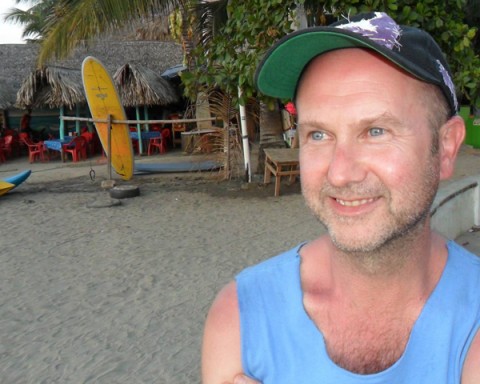