The Playwrights’ Center’s 2014-15 Ruth Easton New Play Series continues March 2 and 3 with The REALNESS: the second break beat play by Core Writer Idris Goodwin. Associate Artistic Director Hayley Finn talked with Idris about the play, how he got started as a playwright, the advice he gives his students, and what’s up next in the break beat play series.

How did you get into playwriting?

But it really honestly wasn’t until someone invited me; you know what I’m saying? There was this whole community in Chicago of fringe theater artists, and their whole thing was: “Jump in before you’re ‘ready.’ You don’t need anyone’s permission to make a play.”

Theater is, some people say, four walls and a light, but sometimes you don’t even need the walls. If you can write, and you know some people who have a good voice, you can write a play. That was how I approached it; it was trial and error.

Now that you’re a teacher, what sort of advice do you give your students?

You know, we Skyped Robert Schenkkan into a Writing for Performance class, after we read The Kentucky Cycle. This very successful playwright, much loved by the industry, said, “Listen, you’re in college. Just produce yourself, write stuff, throw it up. ‘Cause that’s the only way. You should read people, obviously, but the best way to learn is just do it, try it. Don’t wait for permission.” He said it so I didn’t have to. If you don’t just dive in, then we have nothing to discuss. I can’t help you unless you give me something. I can’t give you a skeleton to follow to write your play.

All of that dramatic theory stuff is useful, but I feel it’s only useful after you’ve written a series of bad plays. To me, I understood and appreciated dramatic theory after I had written enough plays to see: “Oh, here’s when I didn’t do that. Oh, if I’d applied this idea to this play, this play would have been better.”

And then there’s the supermarket model: you take what you need as you push your cart through the aisles of your creativity. Oh, my endings are bad. So look at these five plays and see how these writers crafted solid endings. Oh, my beginnings are weak. Well, let me look at these plays. How does August Wilson begin? How does Israel Horovitz begin? How does Lynn Nottage begin? How does Lorraine Hansbury begin?

I remember dropping a playwriting class, because on the first day the instructor said, “Okay, when you start a play, it has to start with an event. This has to be an important day.” I understand that now, after I’ve written a ton of plays, but then, having never written a play, I was like, “What?” I wasn’t trying to hear it. It totally intimidated me, and I wasn’t interested because of the rigidity of that instruction. So I try not to do that. I try to just invite my students in in a way that is more intuitive. Then as they work I integrate different theories and different tropes and techniques as we go. But I don’t top-load all of it in that way. I try to expose them to a lot of plays, and I get them to read new plays. It’s powerful to know that there are people who are breathing oxygen like you’re breathing who are doing things that you’re doing and are working in this medium and working in this form. Right now. As we’re sitting in this class, there are playwrights in rehearsal rooms, with dramaturgs, working out their play.

What inspired you to write the break beat series of plays?

I wanted to write the break beat plays because I feel like hip hop culture is something that is relatively new but has had such a swift effect. It was an art form birthed at the precipice of the information age, so things moved very swiftly. Most of the pioneers are still alive. Almost everything is recorded, because here’s a culture that developed by and large on record. I wanted to write plays about how it affected America through a particularly African-American male lens. But I’m also a middle-class person, I’m also a suburban, middle-American person, so I wanted to really look at the way that hip hop changed the country and melded itself with other issues and isms that the country deals with. I felt suited to do that, as someone who is a fan of the culture, who is a participant of the culture, who teaches the culture, and I felt like my background as a dramatist, a spoken word artist, and a rapper gives me a pretty good toolbox to do that with a good amount of panache.

How would you describe the relationship at the center of The REALNESS?

The play takes place in ‘96, right when hip hop was questioning its own authenticity. I like to think it’s when hip hop went to college. Artists like Puff Daddy were bringing hip hop further into the mainstream as many artists like De La Soul and KRS-One were trying to preserve an essence they felt was true or real. The dichotomy between rap and hip hop, underground and commercial becomes a popular theme in the culture.

The main character in the play is someone who comes from this upper-class, suburban, predominantly white world who identifies with hip hop culture, with urban culture, with urban music, who feels like that’s who he really is. He becomes entranced by this MC named Prima. The question is, is he really in love with who she truly is to her core, as a person? She’s so many other things, but in his mind, this person represents real hip hop. And so the question is, is this real love or is this fantasy? I think many relationships start out that way as well. I wanted to look at this in a particular hip hop lens, exploring class and other issues through the microcosm of these two young people who are in love with each other. But it’s that question of authenticity explored through a romantic scenario.

Do you have ideas for your next break beat plays in the series?

Yeah, I always have a few ideas simmering. I know I want to do a play that has an all-female cast. There’s this notion that there are no women in hip hop. It’s the subject of many panel discussions and liberal arts classes, and in my opinion, as a hip hop fan but also as a hip hop maker, I find this notion to be true and untrue. If you’re looking at the mainstream pop landscape of rappers, yes, it is mostly males. But if you are looking at the 99% of hip hop from coast to coast, continent to continent, there are thousands of really good female hip hop artists. Not just rappers but b-girls, graffiti artists, and on and on. So I want to explore this idea: does the industry make you real, make you seen? What does it mean to be a part of this art form that is all about participation and representation and empowerment? What are the limits to that? And is perception reality?

There are amazing hip hop artists being made every single day across every landscape you can imagine. And if anything, part of what I’m trying to do with these break beat plays is to show that—just the normalness of it. There’s this show on TV right now called Empire, which is all about this record label family, and that’s the image that people have of hip hop. It’s so funny to me, because even people who understand art and perception believe that, believe that that’s what hip hop means and is. And my reality with this culture and with this art form has been very different. All the people I know who do it are nerds who work tirelessly, and some of them have varying levels of fame but they’re all successful. They all eat off it. They’re all living off of hip hop. They don’t have big videos or whatever, but they’re all living off of hip hop. That’s what I want people to see, the working class aspect of it, the everyday aspect of it. I think if I was writing about any other genre of music, if I was writing about folk artists or rock artists or classical artists or whatever, that would never enter the audience’s mind. So that’s what I’m after as well: showing people the depths and the nuances of this great big giant culture from my perspective.

Reserve your free tickets to The REALNESS » 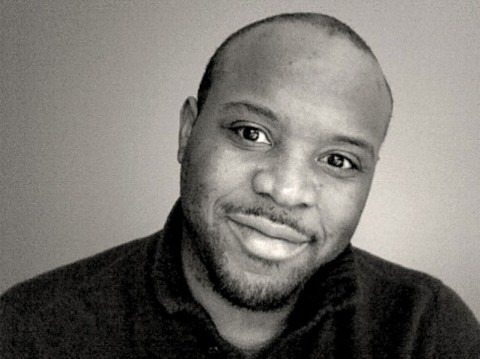