You originated the role of Nina/Peaches in Christina Ham’s hit Nina Simone: Four Women. What drew you to want to create a piece about Nina Simone?

The many voices of many colors are what first drew me to Nina Simone. The husky growl, the sweet and tender, the otherworldly, and there are more. Those voices that delivered such varying styles of music are what struck me first. Then came the fascination with her raw beauty. I was compelled to learn her story and wondered who she could possibly be and why she had been kept from me or at least not introduced to me. I don’t mean personally but historically. Then of course once that introduction happened it became a personal thing.

You’ve been in plays set in a variety of different times and places. How do you approach research when playing a role that’s based on a time or place different from here and now?

Although the process begins with the script and ends with the script, there is much research in between. The support material supplied by a dramaturg and research sheds a lot of light. The when, what, where, and how questions get asked and answered. The history of the place. Was there a specific event that changed what it may have been before? How did people who look like me behave during this time, how did they speak, how did they interact with others like or unlike themselves, how did they dress, what was daily life like? Some of these questions determine how I walk, talk, or behave. The research is one of my absolute favorite parts of the process.

You have long-standing relationships with a number of theaters here in town. What makes for a successful relationship with an artistic team?

We are all in the rehearsal room for the same purpose and that is to put the play on the page onto the stage and hopefully have a good time in the process. With the end result being a receptive audience of course.

When did you know you wanted to be an actor?

From the time I can remember I wanted to be an entertainer, a television actor, as I had not yet seen a play. My mother was very good at nurturing a passion into actual talent. I was being groomed for television at Tami Lynn’s School of Artists. Several of us at the school received cards in the mail from the Screen Actors Guild inviting us to join. Before my mother paid that $47 joiners fee, she wanted to be sure I really wanted it. As a child too concerned with adult business, I was sure we didn’t have the money. I told her “No.” I didn’t really want to be an actor. Fortunately not too long after, I discovered the stage. Thank God!

For many years I have dreamed of Regina’s Cabaret—a live show similar to the Judy Garland Show. The show opens with me singing a few songs. Later in the show, a few celebrity guests join me. We sing a few songs together and I also conduct a mini-interview with them. The audience gets to see the artists in a different light than they would typically.

My dream has come true. In partnership with Hennepin Theater Trust, MSAB has granted me two performances of Regina’s Cabaret. The first was with Jevetta & Jearlyn Steele as well as Ashley DuBose. My goal is to have six to twelve per year.

What is the most rewarding part of the rehearsal process for you?

That AHA moment! The moment of discovery… when the actor, action, and the lines, sync to create the moment the playwright intended. The moment when you nail it! You get IT! Aha!!! It is exhilarating! When it becomes BEING and not acting. Then you try to create it again and again.

And what is just as rewarding is being off book! It’s just one less obstacle in the way to my destination. I am always satisfied when the work I put in pays off.

Finish this sentence: If I weren’t an actor I would be…

What is the best piece of advice you’ve been given.

What is a role that you’ve never played but you’d love to play (either one that exists or one that hasn’t been written yet)?

I am envisioning a Snape-type character (from Harry Potter): long locks of wispy black and grey Medusa hair, layered cape that billows in the wind as I stride the marble hallways or mystical countryside. No one knows whether she is mad or sane. Good or bad. But she is ALL. A good person who did a bad thing maybe… But we never know until the end. Oh, and she has a great sense of humor and says profound but funny things. Let’s make it a trilogy. That will guarantee me a job for at least three shows.

What do you love about working on new plays?

For most of the new plays I have worked on the playwright has been accessible. You can get clarification when you need it and sometimes they even see that a change needs to be made to make it clearer.

I also like the fresh new take on history. For example, Christina Ham’s Scapegoat where the first scene begins in the past and in the second scene the characters come upon that very past and observe it through our contemporary lens.

I also love that we grapple with current issues. And new plays have a much more global perspective. People whose stories have been traditionally excluded or relegated as a side bar now have a platform.

Why am you grateful for the Playwrights’ Center?

The PWC provides a resource to playwrights to write and develop new plays. I am not a writer and I don’t do improv. I can’t do the work I do unless I have a play. When I work at the Playwrights’ Center it is an opportunity for me to say Thank You! 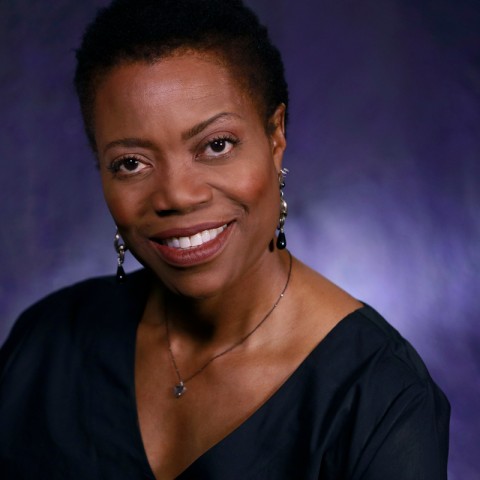