Core Writer C. A. Johnson is at the Playwrights’ Center this week, workshopping her new play The Climb. She is collaborating with director Jennie Ward and actors Sandra Struthers*, Kiara Jackson, Sam Bardwell*, and Stephanie Ruas (*Member of Actors’ Equity). We asked C. A. a few questions:

Your plays tell complex and honest stories about women. How do you see women’s roles on stage changing, and what would you like to see progress in the future?

Well, like many playwrights before me, I hope for a theater that more clearly values the stories of people like me. Or at least that produces more writing by (and roles for) people who’ve had experiences like mine. And that can mean many things. Women’s stories. QTPOC stories. Intersectional stories. Or just anything that expands the way we look at the lives of oppressed people.

I think the ways we figure that out as a community have to be about every layer of the theater machine, all the way from producing down to design, to casting, to admin and staffing.

But in terms of the plays themselves, I want to see more queer folks and women of color on stages. And I want their roles to stop being secondary. We can be leads. The question is if producing entities are ready to let go of their biases and see us fully.

Besides The Climb, what have you been working on this year?

I’m working on a play set in a beauty shop in suburban New Orleans. I’ve been calling it a “queer mystery” because the heart of the play is a woman named Rita who desperately wants the shop to survive her current financial woes, but also really wants to reconnect with a lover from her past. Because it’s a play (and plays need conflict), these two competing desires really unsettle Rita’s world, especially when it comes to her employees and the community they’ve all built together. But what I hope to poke at in the play is the way queer Black women are often pushed to the fringes of spaces that are supposedly inclusive of all Black women and how that causes harm.

I honestly don’t think about form too much early on. I focus on my characters, find their voices, and see where their needs guide me. At least for the initial draft, I like form to reveal itself to me in whatever way feels emotionally honest. Then, once I take a few steps back I think more about questions of theatricality, transitions and time. With these in mind, I make some adjustments that are typically about form and clarity.

What was the hardest thing about writing your last play?

The last play I wrote was a deeply personal one. All my plays come from fairly personal places (how can they not), but that one was about some of the deep/dark recesses I try to forget. Figuring out where my life ended and the play began was very difficult, especially when I was struggling to differentiate myself from the protagonist. In some ways, I’m a far more expert compartmentalizer than her. So sometimes when her choices rattled the play in some very good ways, they rattled me in some very bad ways. So mapping out how to conquer that in service of the play was just tough, and, honestly, an ongoing process.

I started writing in earnest when I was eight years old, but I didn’t write my first play until 11th grade. It was horrible, but it was also about all the stuff my plays are currently about: women, sexuality, trust, trauma, parenting. I still have a bound copy of it that I hope to never read again, but I also can’t bring myself to toss it. It sort of leapt out of me in one semester, and I won a prize for it. But I distinctly remember being more proud having written it than anything that came after it. Just holding it in my hands was enough. I was hooked.

What artists inspire you and why?

I’m all about the hard truths, man. So my list is pretty much just Toni Morrison. She writes Black folks with so much complexity. They’re vulnerable, but strong. Flawed but strikingly beautiful. Lately when I need inspiration I read her book Sula. It’s my favorite piece of art that exists.

But recently I was also deeply moved by Salvage the Bones by Jesmyn Ward. I think she really nailed what it’s like to be a Black girl with a bunch of brothers and no one watching. It’s scary and surprising and beautifully close to some things I know well. Also it’s about Hurricane Katrina and that’s home for me, so it just ripped me in two. That’s what I like in any artist really, an unflinching willingness to expose audiences to the world’s ugliness, and in doing so, uncover the beautiful truths that lie beneath that darkness.

What advice do you have for beginning playwrights?

You know the kinds of stories you want to tell. So tell them. Your way. 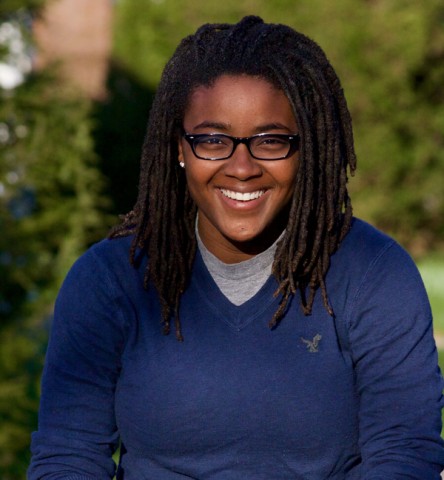