What are you working on?

Called into being by an old friend Michael Dixon, for a series he's producing called "Shakespeare in Mind," this new play is about Shakespeare and, wow, Marlowe, just showed up and I've been following it ever since. It's called Hair of the Dog, and I've given Michael the short play he asked for. But now the play keeps going and I'm in the middle of it and can't stop hearing iambic pentameter in my head after several hours of writing. It, the play, has its own voice and refuses to go away. It's like a possession—I mean as in call an exorcist.

My method is simple: I write without stopping and then I go back and do it again the next day. Right now I'm writing in iambic pentameter and rhyming couplets most of the time. I work on them after a day of writing and craft them. This "craft" is, I like to imagine, a little craft (boat) that I row across the big, dark lake. I always find more opportunities of invention in this crafting and more clues about the play I'm writing. This is the advice I've given my students for 20-30 years and I just try to follow it.

The kind of theater I like is all kinds. I'm a whore. (No, whores get paid all the time). I'm a slut, I'm easy for theater. My granddaughter's play may get to me while something I see that is professional may bore me. It's that experience I crave, the experience or, to quote my beloved colleague Sherry Kramer's play title, The Release of a Live Performance. Live. Give it to me live.

I write plays because, now, after 30 years, I can't stop. I decided to switch to fiction last year—I've never stopped writing poetry—and just write for a single reader at a time. I have a novella in progress, but, wham, a play moved into my mind, set up camp and wouldn't shut up.

There's nothing like hearing your play read aloud for the first time by actors. Nothing like it. And then performed after a lot of rehearsal? In front of an audience? Fiction can't give that to me. Even if Donna Tartt had been watching me read every word of her novel, The Goldfinch, she could not even fathom what I was feeling. I get some of that when I watch an audience watch one of my plays. That is something to remember on your deathbed. Those looks of complete immersion and interest in something you wrote… 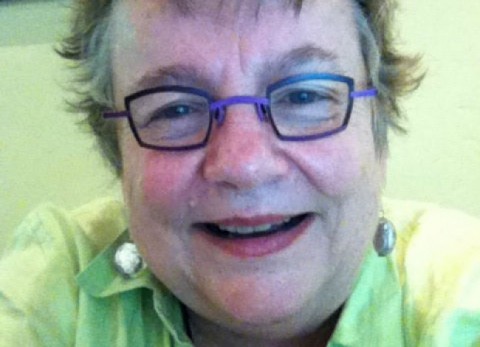