McKnight National Residency and Commission recipient Karen Hartman is at the Playwrights’ Center this week and next, workshopping her commissioned play Roz and Ray with director Marion McClinton, dramaturg Elissa Adams, and actors Jennifer Blagen and Taylor Mac. There will be a public reading of the play on Tuesday, June 30, at 2 p.m. at the Playwrights’ Center. We asked Karen a few questions.

I can’t even go into this because the subjects are so depressing and I realize I should have picked something else. Five plays in process/pipeline and I swear to God if I tell you what they are about you will blur out and spend the next half day down an internet rabbit hole and I can’t do that to you.

I write because I believe the unseen aspects of our lives are the most important and at some level that’s really stupid, like we have 1,000,000 examples of what it looks like when a family is on vacation and happy, but like not so many ready examples of either the bad parts or the more intimate good parts. It’s like – no one tells you about ANYTHING THAT REALLY MATTERS. But in art, in novels or songs or paintings, you see people in their privacy, and you learn about your own privacy. And to shed a little sunshine on privacy is, to me, to fight loneliness and isolation, and though there are surely better causes for one’s life, it’s about the best I can do with mine.

I write plays because I love the limits of the stage, that it all has to happen in one room where we will sit with other humans at the same time. Which doubles down on making the intimate public. I like dialogue a lot and I don’t like description very much at all. And like most playwrights I’m only part introvert, so I need to play with others.

But God knows I ask myself that question every damn day.

What has this fellowship year meant ?

I am so frigging excited to be back at the Playwrights’ Center with a McKnight. I want to make a T-shirt that says, “Emerged, Bitches.” I think a lot of people could use that T-shirt. But it’s been scary to write the commissioned play. This is a big one I’ve been postponing since 2006 (when, just for context, I did write a play about Gaza; I don’t procrastinate lightly). It's called Roz and Ray and is about doctors and AIDS in the early 1990s. Taylor Mac is performing in it, which I’d say is a mighty carrot but to say carrot and Taylor Mac in one sentence just sounds dirty. 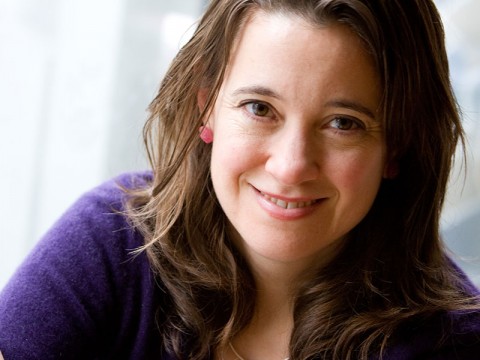