What was your experience like working on Small Town Values as part of PlayLabs last season?

I had an amazing time at PlayLabs in fall 2015, working to develop my play Small Town Values and sharing it with the PWC community and audiences. It was a very new play for me, so it was exciting but also scary to take these first steps outside myself with it. Going into the process, I knew that one of the things I wanted to accomplish was to do work on the ending—it felt like the play ended about three times. As I was in rehearsal, I started to cut it back in little bits. But it wasn’t until the first public reading of it, hearing it in front of an audience and getting trusted feedback, that I realized where the emotional ending of the piece was. Then it became really obvious that so much of the other “stuff” that was there really wasn’t necessary. Those bits then fell away, and I felt so lucky to be able to hear the play again in the second reading and to realize that I didn’t miss any of what I had cut.

Every time I sit down to write a new play, I think: I really don’t know how to do this. And I think that’s actually pretty accurate, because each play, and each process, is going to be different. I usually think about a subject/topic for a long time before I start. If I’m lucky, the play will involve some book research—or, even better, travel-related research. Those are both really fun things for me, and also great ways to put off the actual writing process. As I’m thinking about the play, I also like to make a lot of notes longhand in a journal before I start (and then I’ll write by typing on the computer; the contrast/switch seems to help). And then I look for a kind of hook or way in for myself. In the case of my play Small Town Values, I knew generally what the story was going to be, and I decided who the characters were, but it wasn’t until I landed on the structure of the storytelling—that each of the four characters would have a scene with the other characters—that I actually started writing. For that play, music also helped; listening to “Sweet Jane” by the Cowboy Junkies got me into the rhythms and feeling of the opening scene between wife and husband, and then the song became part of the play too.

Right now I’m working on two new plays which are really different from each other. One started out as a two-person play, but has morphed into a three-person play; my biggest regret about this development is that I can no longer say, “I’m working on a two-hander.” (I love that kinda theater lingo.) That play is set in Savannah and is a spooky/haunted piece but also a romance. It’s called Southern Haunt. I love the challenge of keeping the drama going with so few voices to work with, and also of creating something that is genuinely creepy or even scary. I think it’s hard to define or figure out what makes something spooky.

The second play is also very influenced by a sense of place and history, but its setting is the San Francisco Bay area in the 1880s. It’s entitled Jack London was an Oyster Pirate and is unsurprisingly about the writer Jack London and a short period in his young life when he was stealing oysters that tycoons were cultivating in the Bay and selling them for cheap to the working class at the Oakland fish market. This period in history is such an interesting one; and with the growing divide between economic classes, unrest from the working class, and a redefinition of gender and sexual norms, it feels very relevant today. The play is also an exploration of the forces and people (in London’s case, the women) helping to shape a writer into becoming the artist that he or she will be. Also, it’s huge—seven characters, some original songs, scenes on the mud flats, fish market, and saloon—which is a fun contrast to Southern Haunt. 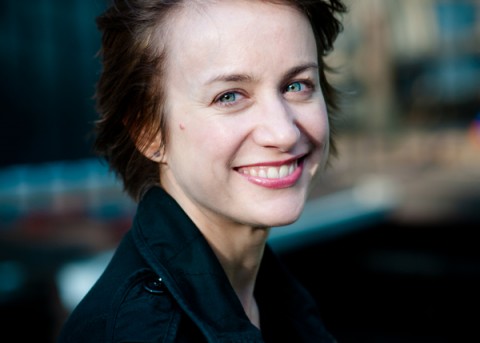