Core Writer Meg Miroshnik is at the Playwrights' Center this week, workshopping Fickle in partnership with Olney Theatre Center. Joining her are director Eleanor Holdridge, dramaturg Hayley Finn, and actors Nathan Keepers*, Sara Richardson*, Elise Langer, Tracey Maloney*, Michael Wieser*, Jim Lichtscheidl*, and Robert Rosen (*Member of Actors' Equity). This workshop, and several other co-development workshops throughout the season, are part of our Regulars partnership program. Learn more about Meg in this mini-interview:

What advice do you have for writing about historical events or figures?

I have been using history as a jumping off point lately—meaning I do a ton of research about a period or event beforehand and then forget absolutely everything the second I begin writing. Letting go seems to be the only way I can free myself up to actually write the thing. I think maybe it's about absorbing details into the subconscious and then letting them unintentionally resurface in the play. The play I workshopped in an early draft at the Playwrights' Center last year has been a great example of this process. It's called Utopia, Minnesota, and it's inspired by the proposed Minnesota Experimental City of the late 1960s and early 1970s. I was interested in examining how communities engage with their history and this project—which was focused on outsiders planning to start fresh in a rural area—seemed like a great way to talk about the present moment. In reality, this domed city was never built in Aitkin County, MN. But in the play I decided that the construction would actually happen. This seemed like a useful way to indicate that this play is looking at issues that Americans have been wrestling with for fifty years, but that I was allowing myself dramatic license.

I mean, almost all play-related googling is weird, right? Because I'm often looking for something incredibly specific to fulfill a plot or character need, but I don't know if that thing actually exists and if anyone is likely to have described it on the internet. Do you know that feeling, Reader? Is there a name for it? Off to google now.

What is something you’ve never seen on stage that you would like to?

I gave birth to my third kid this year, so I'm really interested in putting early labor onstage. Or at least early labor as I've experienced it. Like those hours and hours where you're able to mostly just go about your business. I'm imagining a character having a huge dramatic experience over the course of an act while occasionally pausing for a contraction. The stakes are clear—eventually she'll have to drop her current activity to give birth. 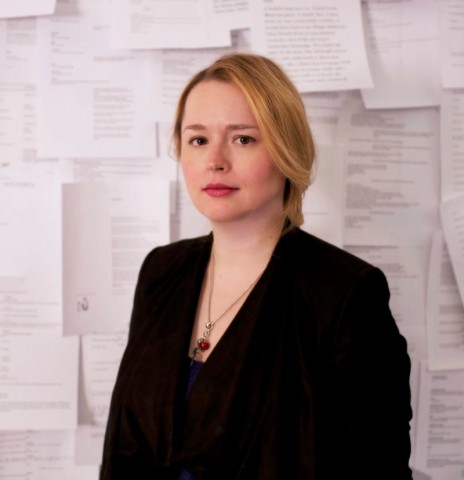