Core Apprentice Savannah Reich is workshopping Caveman Play at the Playwrights' Center this week, part of our annual Core Apprentice Intensive where the three Core Apprentices come to the Center for full play development workshops and to meet with local theater leaders. Savannah is collaborating with director Leah Cooper; dramaturg Michael Kinghorn; and actors Emily Zimmer*, Jon Cole, Bear Brummel, and Michael Wieser* (*Member of Actors' Equity). We did this mini-interview with Savannah when she began her apprenticeship last summer:

What kind of stories have you been interested in writing lately?

Lately I have been drawn to trying to use plays to wade around in really big questions that I don’t know how to answer. My beginning point with my play Toby Johnson was the idea of community­. How can community help us? Harm us? Do we need it to survive? What does community even mean? And then in the writing of the play I found more questions, like how to embody the previous questions in a performance. So we ended up cooking dinner for our audience and having the play in people’s apartments. We formed little communities with the audience to see how they worked, like a science experiment.

Tell us about your commission with Walking Shadow.

My original pitch to Walking Shadow was that I was going to write a play about Carrie Nation. She was a minor historical figure from the Temperance movement in the early 1900s who decided that peaceful protests weren’t enough and started going into bars and smashing them up with a hatchet. I think that the idea of marginalized people using property damage as legitimate protest is a really interesting topic to look at right now. As I’ve worked on the play, it’s become more and more about another character, a biographer with a new book about Carrie Nation and about the way women internalize patriarchy. I have also recently realized that it should obviously be a rock musical. It’s been great so far working with Walking Shadow, they are all so smart and very patient with my nonsense.

What do you do when you’re stuck on something you’re writing?

My writing process is mostly built around napping. I’ll journal a lot, then scrawl words on pieces of notebook paper and tape them up on my wall. Then I’ll take a nap, and when I wake up, I’ll be able to start writing. Then I’ll take another nap. It’s all very sleepy. Right now I have one piece of paper taped to my mirror that says “CAUSALITY?” and another taped above my bed that says “FREAKS TO THE FRONT”. 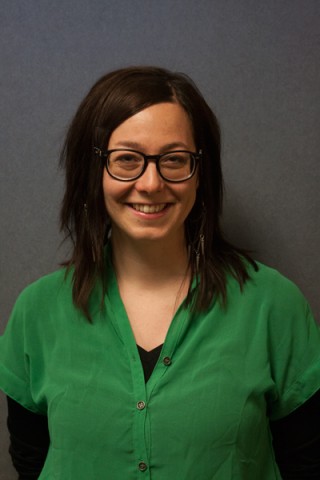