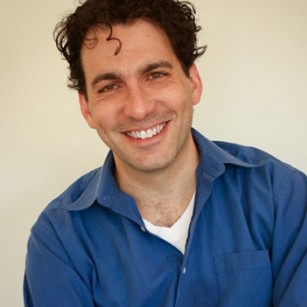 Alan M. Berks is the author of full-length plays, one-acts, short plays, and monologues that have been seen in Minneapolis, St. Paul, Chicago, San Francisco, Phoenix, Albuquerque, Indianapolis, and New York. Most recently, as a member of the Workhaus Collective, he developed a new, small-cast, political duel between a Republican politician and a reporter called The Great Divide. He also produced, translated, and directed a new adaptation of Luigi Pirandello’s Six Characters in Search of an Author set on a reality television show set.

His solo show, Goats, premiered in Phoenix, Indianapolis, Chicago, and was produced by the Production Company in New York and nominated for a 2006 New York Innovative Theater Award. In 2011, it was produced by the Minnesota Jewish Theater Company in St. Paul, MN. The plays 3 Parts Dead, written in collaboration with Burning House Group, and Everywhere Signs Fall, at Gremlin Theatre, were both named in the Minneapolis Star Tribune “Year in Review” as some of the best new work of the year. In 2010, Music Lovers landed in Top 10 lists in Lavender and Metro Magazines. Other awards include: Minnesota State Arts Board (Ringtone), MacDowell Colony Fellow (They Want), and Jerome Fellow (Mourning Rituals). His one-act play for high school students, Home of the Brave, was commissioned by the Guthrie Theatre, published by Playscripts, Inc., and produced by schools from Minnesota and Iowa to Texas and California. Other work includes: How to Cheat, Fugue, Almost Exactly Like Us, and They Want (based on The Oresteia by Aeschylus).

From 2004-2007, he co-founded and co-produced Thirst Theater, a unique artistic and community-building event in Minnesota that brought more than 30 professional playwrights into close collaboration with over 100 Union actors to new, adventurous theater accessible site specific locations around the Twin Cities. Performing only on Monday evenings in 12 week bursts, largely in bars and restaurants, the project helped create more than 62 new plays and incubated countless additional collaborations between professional playwrights and actors in the state. In October 2008, he also created MinnesotaPlaylist.com, Minnesota's only trade publication for the performing arts, which has grown into the premier destination for performance-related information from audition listings to thought-provoking articles, with over 14,000 distinct visitors a month. He is also the Director of Communications at Pillsbury House Theatre in Minneapolis.

"THE GREAT DIVIDE: PLAYS FOR A BROKEN NATION" by Pillsbury House Theatre includes a play by Alan Berks.