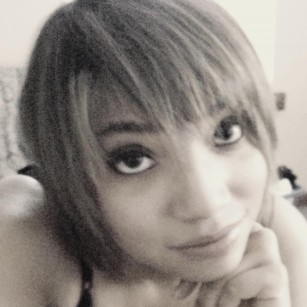 By day, Marie Amthor is a Marketing Manager and graphic designer. By night, she is a Brazilian American playwright. Her first play, The Baby Journals, was produced in 2005 at the Franceour Theatre at Siena Heights University, where she received her Bachelor of Arts in Theatre and Speech Communications. In 2007, Coming Up for Air, a one act from her trilogy, A Herstory, was featured at the Great Plains Theater Conference in Omaha, Nebraska to positive reviews. Marie moved from her home state of Michigan to Vail, Colorado, where The Other Sewing Circle and Constellations were written. The Other Sewing Circle was announced for a staged reading in July of 2013 and full production during the 2014/2015 Shelterbelt season in May of 2014.

Marie has also worked extensively in theatre as an actress. She has appeared as both leading roles and chorus in multiple shows, including Blood Brothers, Flora the Red Menace, West Side Story, Annie, Anything Goes, Anton in Show Business, A Lesson Before Dying, The Hound of the Baskervilles, Into the Woods, MacBeth, The Music Man and more with theaters such as the Croswell Opera House, Franceour Theatre, Stubnitz Lab Theatre, and others. 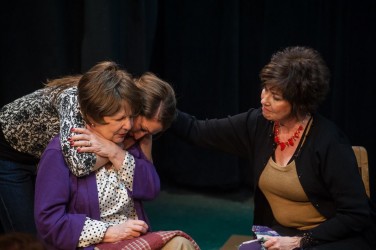 The Other Sewing Circle

Not your usual stitch and bitch! The newest member of the Edgewood Sewing Circle has no idea what she’s gotten herself into when she first enters the world of a feisty group of quilting fanatics. The group is bonded by far more than their love of feather stitching and patchwork. This new female ensemble play delves into the unique stories of women faced with the repercussions of the HIV and AIDS epidemic at the dawn of the millennium.

Member Marie Amthor Schuett's play, "Neighbors, Lovers and All the Others" will go into production at the Shelterbelt Theatre this summer!

Member Marie Amthor Schuett's one act "Coming Up for Air" was selected for The William Inge Festival!

The Shelterbelt Theatre's production of "The Other Sewing Circle" has garnered great reviews! Click below to learn more.