DANNY CASOLARO DIED FOR YOU 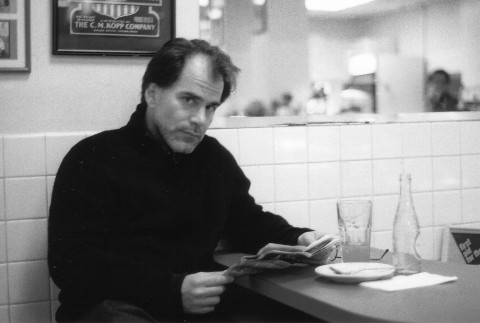 Our dear friend Dominic Orlando passed away on November 17, 2021. In his memory, Playwrights' Center is partnering with Arizona Theatre Company to produce an online reading of DANNY CASOLARO DIED FOR YOU as part of the '21-22 Ruth Easton New Play Series.

The true story of the playwright's cousin, a reporter who disappeared while investigating corruption in The Reagan/Bush Justice Department. His body was found in a cheap motel, his arms slashed a dozen times--the authorities say suicide, but a host of conspiracy theorists—and The House Judiciary Committee—disagree. What was "the truth" Danny died trying to tell? And what does his strange journey reveal about the political world we live in now?

From playwright Melanie Marnich : "What I love and admire about Dom's work is its braiding of intellectual curiosity and energy...with emotional urgency and the search for truth. These things ran like an electrical current through his writing. I will miss my friend forever, but will always take comfort in the inspiration I get from his body of work."

DONATE TO THE DOMINIC ORLANDO FUND