Where: Online via Zoom, check out this quick video on the process.

Participants must register to join this class, Sign Up at the bottom of the page.

This class is designed for the beginner or intermediate, or even professional playwright who is willing to set aside their previous notions of writing for the stage and start fresh—from scratch. Great as both a beginner or refresher course to learn, develop, and implement the basic tools for writing quality original narrative stories for the stage. This workshop environment will encourage you to either finally get your ideas on the page to produce the first draft, or to revisit the playwriting fundamentals needed to revise subsequent drafts. No matter your level of experience, this class will revitalize your writing process by either introducing you to, or re-familiarizing yourself with the most crucial playwriting fundamentals, including wants and needs, objectives, conflict, climax, progression, stakes, and physical action.

Sheri Wilner is an award-winning playwright who has been working in the theatre for over twenty-five years. Her plays include Kingdom City, Father Joy, Bake Off, Relative Strangers, Labor Day, Joan of Arkansas, The End, A Tall Order and Hunger, and have been performed and developed at such major theatres as the La Jolla Playhouse, Guthrie Theater, Actors Theatre of Louisville, Williamstown Theatre Festival, the O’Neill Playwrights’ Conference, New Georges, and the Old Vic/New Voices in London.

She has twice been a co-winner of the prestigious Heideman Award granted by the Actors Theatre of Louisville: in 1998 for Labor Day, which premiered at the 1999 Humana Festival, and in 2001 for Bake Off, which premiered at the 2002 Humana Festival. Bake Off was praised by The New York Times as a “barbed, witty, thoughtful, giggle and snort inducing satire on gender roles” that was “the clear apex” of the festival. In 2015 she, along with collaborators Julia Jordan and Adam Gwon, adapted Bake Off into the musical Cake Off, which was produced by the Signature Theatre in Arlington, VA and by the Bucks County Playhouse. The Signature production was nominated for a Helen Hayes Award in the Outstanding Original Play or Musical Adaptation category.

In 2020, she wrote her first play for Zoom, LOL OL, which was included in the University of California, Santa Barbara’s Launch Pad’s “Alone, Together” program of Zoom plays, was a finalist in the Maxim Mazumdar New Play Competition, produced by the Alleyway Theatre in Buffalo and published by Dramatic Publishing Company.

Her work has been widely anthologized and published by Dramatists Play Service, Dramatic Publishing Company, Samuel French and Playscripts.com, leading to over five hundred productions of her plays across the United States as well as in Australia, Denmark, Germany, Ireland, Japan, United Kingdom and India.

Her playwriting awards include a Howard Foundation Fellowship in Playwriting, a Bush Artist Fellowship and two Playwrights’ Center Jerome Fellowships.

Also a respected and much sought-after playwriting teacher, she is currently an Adjunct Professor for NYU’s Tisch School. She is also on the faculty of the Dramatists Guild Institute, where she teaches in person, online, and is frequently hired for one-on-one script consultations. She was the 2017-19 Master Playwright for the Miami-Dade Department of Cultural Affairs’ Playwright Development Program and has served as the Monan Professor in Theatre Arts at Boston College, the Fred Coe Visiting Playwright-in-Residence at Vanderbilt University and was a visiting Assistant Professor in Playwriting at Florida State University’s MFA Dramatic Writing Program. 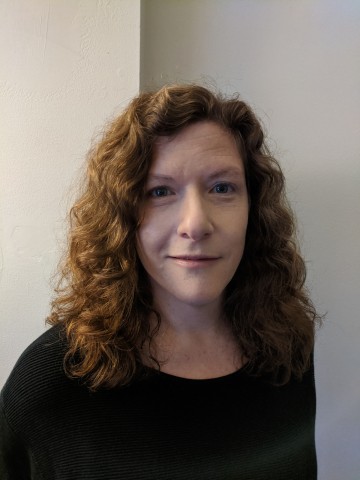