Core Writer Jeffrey Hatcher reflects on the early days of the Playwrights’ Center; the role of humor; and writing screenplays, musical books, and adaptations in this interview.

What do you remember about the first time you came to the Playwrights’ Center?

I liked the fact that the Playwrights’ Center used to be a church. It was much different in 1987 than it is now, of course, but it reminded me that so many theaters are converted sites of worship, with similar architecture, performance/audience relationship, rituals. Churches have lots of fly-space, but peculiarly, they never have wings.

Any anecdotes that stick in your mind from your time as director of the Playwrights’ Center?

I ran the Lab for five years, and that included hosting the discussions after the Monday Night Readings. I was always amazed that there was an audience in Minnesota on a Monday night in January or February for new plays by (relatively) unknown playwrights. That tells you something about the Twin Cities theater scene. The post-reading discussions were sometimes enlightening, sometimes not, and only occasionally became riots. The first reading I attended in 1987 caused such consternation in the audience that at least one person called out, “This is the kind of play that makes me want to burn this place down!”

And then there was the time at PlayLabs, following the reading of a new script, with the playwright, the director, the dramaturg, and me on stage, when I asked for someone to start the discussion and an innocent-looking man raised his hand and said to the playwright, “What prompted you to drag that bag of guts out of your closet and put it on the stage? That was not entertainment. That was anti-entertainment.” I left my position soon after.

You’ve got a knack for writing humor. What is the role of humor in theater?

How do you approach adaptations versus original work?

Adaptations are a bit easier, for all the usual reasons: the subject is laid out before you, like a patient on a table and oft times an entire story already exists to be cannibalized. If you’re dealing with lesser known source material you have more leeway for creative license. Alfred Hitchcock said he far preferred taking a B book and turning it into an A movie. It’s trickier when adapting well-known titles, or classics that have already captured readers’ and audiences’ imaginations. In those cases, there’s a nagging responsibility to fulfill expectations. Cases in point: Rhett Butler, James Bond, Harry Potter. Some adaptations remind the adapter who’s the boss.

You’ve written a couple musicals with composer Chan Poling (Glensheen, A Night in Olympus). What advice do you have for playwrights working with composers?

Realize that when you’re writing the book for a musical, no one is going to call it “your” musical. We talk about Stephen Sondheim’s Sweeney Todd, not Hugh Wheeler’s Sweeney Todd. Irving Berlin’s Annie Get Your Gun, not Lindsay & Crouse’s Annie Get Your Gun. But everything in the musical depends on the book. It’s often said that there are hundreds of terrific scores trapped inside bad books, but it’s hard to name more than a few terrific books that have been weighed down by bad scores. Expect and come to enjoy the fact that your work will be cannibalized by the composer/lyricist. You might write a terrific four-page book scene, but it turns out that the information/depth/plot-turns are better expressed in a song. Hand the composer those four pages, then sit back and enjoy. James Lapine won the Tony Award for Best Book of a Musical for Falsettos, the William Finn musical. There can’t be five lines of dialogue in Falsettos. But Falsettos is a meshing of March of the Falsettos and Falsettoland, which were part of a trio of one-act musicals. The structural intelligence of Falsettos shows the editing/combining/rethinking of James Lapine, who, not coincidentally, directed. It’s one of the most-deserved Tony Awards in history.

I’m not sure if this is a difference in “approach” as much as it is a difference in awareness. In the theater, if a director or a producer or an actor wants to add something, change something, cut something, they have to ask the playwright. The playwright can say yes or no. That’s our power. It’s part of the culture of the theater, and it’s in our contracts. In film, a screenwriter works for the producer and the director, and although producers, directors and even actors tend to ask nicely for additions, cuts, and changes, they’re not really asking. If the screenwriter refuses, everyone knows that at a certain point the screenwriter can be told to go away and someone else will do it. It’s part of the culture of movie-making, and it’s in the contracts. There are exceptions: writer/directors, writer/showrunners. But put it this way: nobody ever told Arthur Miller, “There aren’t enough jokes in The Crucible, so we’re bringing in Larry Gelbart.”

What are some projects you were working on last year?

A screenplay based on the book The Magician’s Lie by Greer MacAllister for Jessica Chastain; an adaptation of Ibsen’s When We Dead Awaken for Commonweal Theater; and a new play titled Holmes and Watson for Arizona Theater Company.

On the Isle of Wight in a 19th century churchyard where Charles Dickens and Algernon Swinburne might have met.

What is something you’ve never seen on stage that you would like to?

Me getting a Tony.

What is something you’re good at that few people know about?

What made such a change in your life that your career suddenly took off? 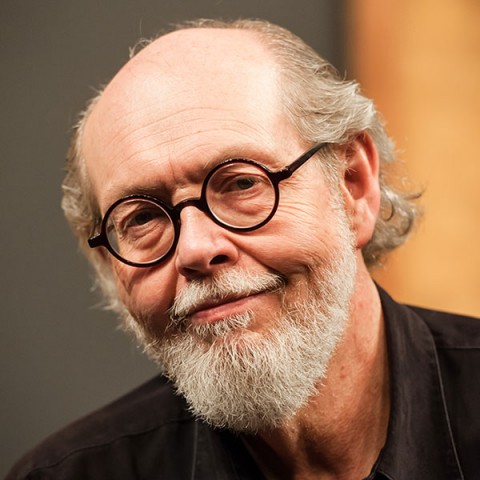