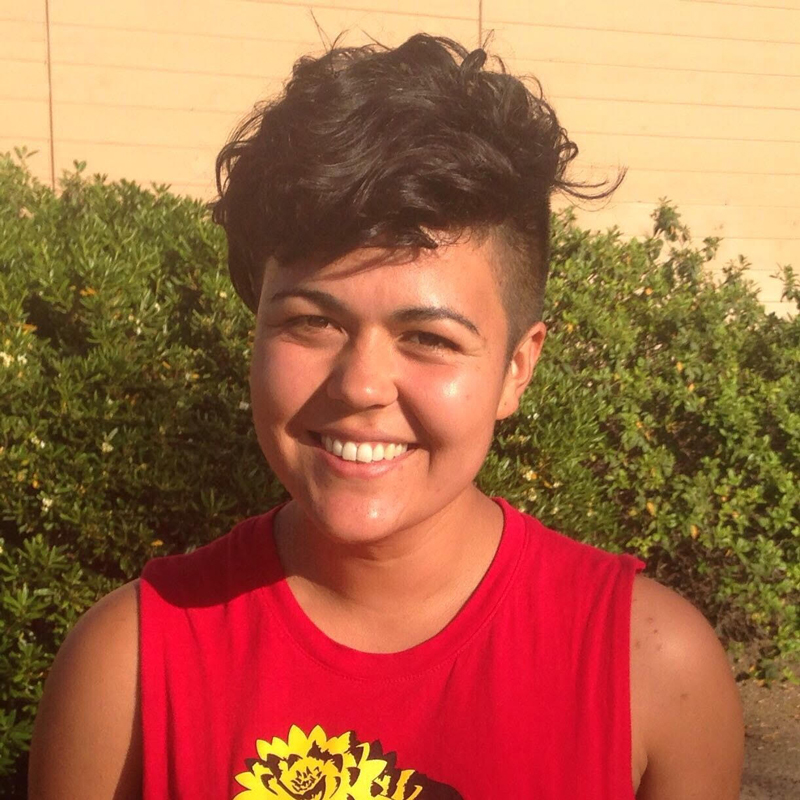 Lily Padilla just finished her MFA in Playwriting from UC San Diego, under the mentorship of Naomi Iizuka. Her plays explore sex, intersectional communities, and what it means to heal in a violent world. Selected works include How to Defend Yourself, (w)holeness (Finalist for the Latinx Theatre Commons’ 2018 Carnaval) and And Then You Wait (La Jolla Playhouse WOW Festival). Padilla is an EmergeNYC fellow with the Hemispheric Institute of Performance and Politics. She co-founded American Nightcap at INTAR, a late-night play series which gathered artists from diverse NYC theater communities. BFA NYU, Playwrights Horizons and Experimental Theatre Wing. www.lilypadilla.com

The Playwrights’ Center challenges writers to bring their most tender and courageous selves into being. I’m thrilled to breathe life into How to Defend Yourself with their support and mentorship. HTDY is a fierce, chaotic, and sweaty play in which seven college students gather for a DIY self-defense workshop after a sorority sister is raped. 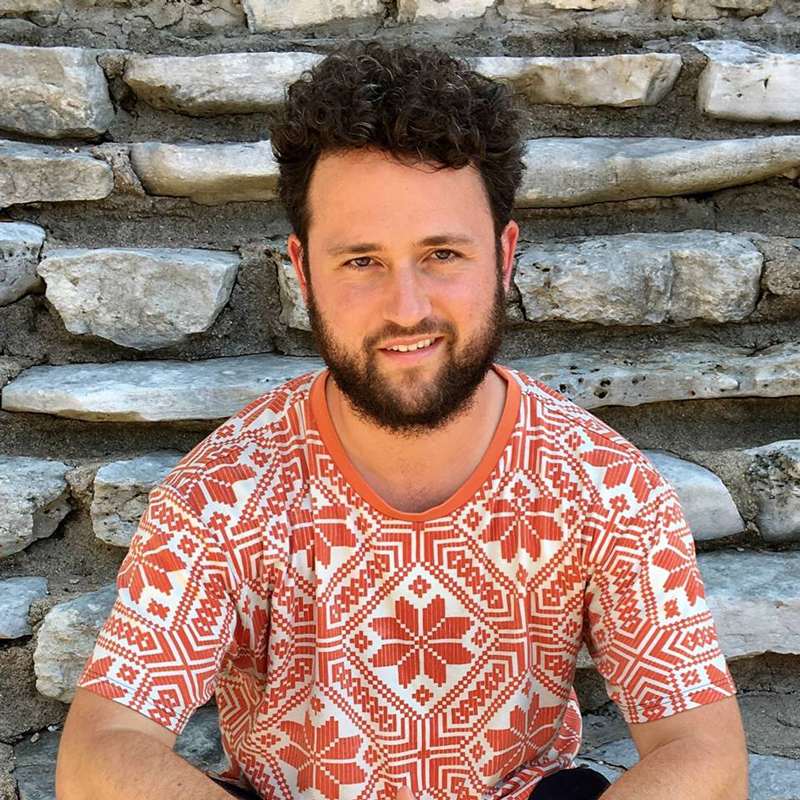 Drew Paryzer’s work has been seen or developed at the Roundabout Theatre, The Kennedy Center for the Performing Arts, and Fusebox Festival. Plays include Loverboy (UT New Theatre 2018), Al-Halqa (is that how it’s pronounced), and Alter (National New Play Network MFA Playwrights’ Conference). Devised work includes FinalCon (Austin Critics’ Table Award nomination) and Intro to Being Here, for which he co-created the companion video game. Current projects include Muzzle Tough, a “playable play” using audience-interactive VR to help tell the coming-of-age story of a grandchild of Holocaust survivors. BA: Sarah Lawrence College, where he was a recipient of the Lipkin Prize. MFA: The University of Texas at Austin.

I received the incredible news of my Core Apprenticeship on the last day of my last week of graduate school. At the very moment of embarking upon my professional life as a playwright, this offer of support, mentorship, and community-building from the Playwrights’ Center feels like manna from heaven. 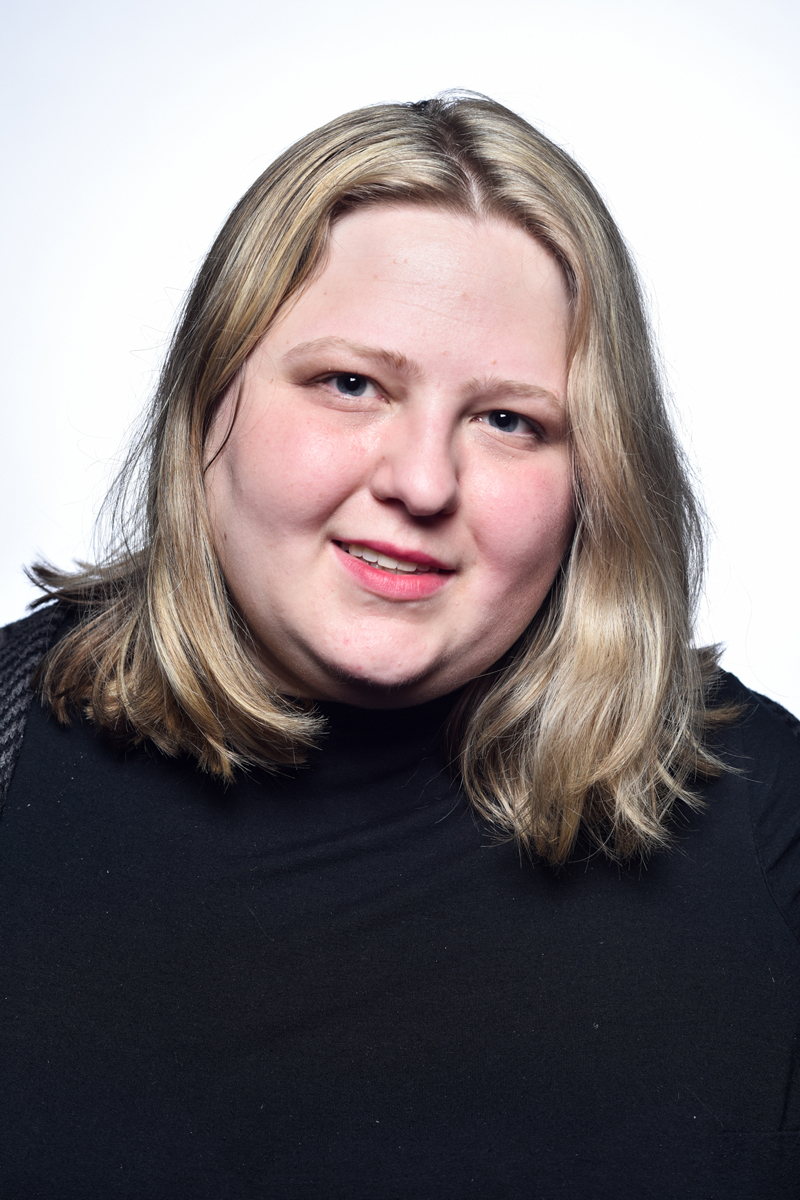 Lauren Wimmer’s plays have been developed or produced by Cave Theatre Co., Sewanee Writers’ Conference, Theater for the New City, Swarm Artist Residency, Campfire Theatre Festival, Ars Nova’s ANT Fest, The Annoyance, Theater Masters’ National MFA Playwrights Festival, and Mildred’s Umbrella Theatre Company. She is a graduate of The Second City’s Conservatory & Writing Programs and the Sitka Fellows Program. Lauren earned her BA in Theatre from Sarah Lawrence College and her MFA in Dramatic Writing from Carnegie Mellon University where she was the recipient of the Jean & Samuel Elgart ACS Legacy Fellowship and the Mary Marlin Fisher Playwriting Award.

To be a Core Apprentice at this stage in my career provides me with the professional and creative development to take my work to the next level. I will be developing my play Water Cooler, a Chekhovian episodic comedy which aims to find beauty in office work environments. Through the use of wildly performative elements and, yes, talking water coolers and fake plants, Water Cooler examines the happiness we all truly want, but not sure how to obtain.