MINNEAPOLIS (May 2, 2022) — Amid a momentous year of celebration for Playwrights’ Center, now welcoming its 50th season, The Center is delighted to announce the arrival of Lynde Rosario as Director of Fellowships.

Rosario’s arrival comes as current Fellowship Associate Amrita Ramanan transitions to a role with The Public Theater as Director of New Work. Ramanan and Playwrights’ Center will continue their longstanding creative connection as she transitions to work as Artistic Associate.

“We have been working to create a Director of Fellowship Programs position for the past few years, and to launch this critical work with the visionary Lynde Rosario is, quite literally, a dream come true” says Playwrights’ Center Producing Artistic Director Jeremy B. Cohen. “Her work as a dramaturg and playwright advocate for many years is such a boon for our team, alongside her powerful investment and leadership in our great partners at National New Play Network and the Literary Managers and Dramaturgs of the Americas.”

Playwrights’ Center is uniquely positioned to uplift and uphold the voices of theater artists. It stands as one of only a few organizations of its kind in service of artists, honoring its rich history. For Rosario, braiding The Center’s past with the rich promise of its future is a thrilling opportunity. “The Playwrights' Center has long been a unique and necessary gift to the American theater. The development of new work and deep long-term collaboration, has immeasurable value toward our cultural evolution” reflects Rosario. “Advancement of the individual artist, rather than advancement of one production, is something I am wholly interested in supporting. Working with this company is a dream come true!”

The opportunity to advance theater’s space in the arts–with Ramanan playing an influential role–speaks to the opportunity of the moment. “While I'm so thrilled not only for The Public, but the entire theater field, to see Amrita take on this new role, I'm equally grateful to continue her relationship as an Artistic Associate at Playwrights' Center” reflects Cohen.

In turn, Ramanan expresses her admiration for Rosario with enthusiasm. “When I think of the powerhouse dramaturgs and active change makers in our field, I always think of Lynde Rosario. Lynde’s love for writers is abundant and her advocacy knows no boundaries. I am thrilled that she will be joining the Playwrights’ Center in this new senior artistic leadership position.”

She holds a B.A. in Drama from Hofstra University, and a M.F.A. in Dramaturgy from The American Repertory Theatre/Moscow Art Theatre Institute for Advanced Theatre Training at Harvard University.

Amrita Ramanan is a multidisciplinary artistic leader who holds the values of anti-racism, anti-colonialism, and equitable access at the core of her practice. In her five seasons as Director of Literary Development and Dramaturgy at the Oregon Shakespeare Festival, Amrita holistically supported new play commissioning, new play development, and season planning. She was the production dramaturg for OSF’s productions of Cambodian Rock Band, Snow in Midsummer, Oklahoma!, As You Like It, Macbeth, Alice in Wonderland, Henry V, and Henry IV Parts 1 & 2; produced and curated the Black Swan Lab for New Play Development; and created OSF’s inaugural Writer’s Group. She supported the development of original commissions by Chay Yew, Luis Alfaro, Qui Nguyen, Cheryl West, and Kevin Douglas. In addition, Amrita was one of the founders of O!, Oregon Shakespeare Festival’s multimedia platform for digital storytelling and engagement.

Most recently, Amrita held the roles of Senior Cultural Strategist and Dramaturg for Play On Shakespeare and the 2021- 2022 Interim Fellowship Associate/Core Apprentice Dramaturg at the Playwrights’ Center. Her recent dramaturgy credits for Play On include Hamlet by Universes (original commission), and Coriolanus by Sean San Jose (a podcast play production by Next Chapter Podcasts), and Macbeth by Migdalia Cruz (USD). Through her work at the Playwrights’ Center, Amrita provides mentorship and dramaturgical support to four cohorts of incredible playwrights.

Amrita received a BFA in Dramaturgy and Theater History from the University of Arizona. She is a board member for the Literary Managers and Dramaturgs of the Americans and the Network of Ensemble Theaters. Amrita was recently appointed a National Theater Project Advisor for the New England Foundation for the Arts. She considers herself a professional advocate for storytellers across all mediums.

The Playwrights’ Center sustains, develops, and advocates for playwrights and their work to realize their full artistic potential. Through the practice of inclusive theater-making, Playwrights’ Center fosters engagement towards an equitable, empathetic, and boundlessly imaginative world. The Center serves playwrights by starting and sustaining careers, developing new work, and connecting playwrights to theaters. Each year at the Center, fellows and Core Writers receive more than $400,000 in direct support, 70+ new plays are workshopped, playwrights connect with 100 producing theaters through partnership programs, and over 2,400 member playwrights from around the world find resources to achieve their artistic vision. Since its founding in 1971, the Playwrights’ Center has become one of the nation’s most generous and well-respected theater organizations, helping launch the careers of numerous nationally recognized artists such as August Wilson, Lee Blessing, Jordan Harrison, Carlyle Brown, Craig Lucas, Jeffrey Hatcher, Melanie Marnich, and Kira Obolensky. Work developed through Center programs has been seen nationwide on such stages as Yale Rep, Woolly Mammoth, the Guthrie, Goodman, and many others.

Believing everyone has a story to tell, Playwrights’ Center Membership is open to all and provides over 2,400 playwrights worldwide with tools, resources, and support. Benefits include a database of playwriting opportunities, online and in-person seminars and classes, access to readings with professional actors, dramaturgical services, and more. In addition, the Playwrights’ Center’s New Plays on Campus program serves dozens of colleges and universities nationwide, providing script-matching services, arranging playwright residencies, and offering immersive apprenticeships to student playwrights.

The Core Writer program gives 25-35 of the most exciting playwrights from across the country the time and tools to develop new work for the stage. All Core Writers receive play development workshops at the Center, in collaboration with prominent directors, actors, dramaturgs, and designers. Selected work by Core Writers makes up the Center’s formal season of public readings: the PlayLabs festival and the Ruth Easton New Play Series. Core Writers are also promoted by the Center and provided opportunities through an extensive network of colleges and universities, cultural institutions, and producing theaters.

Fellowships, made possible by the McKnight and Jerome foundations, and the Venturous Theater Fund of the Tides Foundation provide more than $400,000 each year for residencies, commissions, and development funds. Beyond the financial stipend, the value of fellowships is more than doubled with the year-long support the Playwrights’ Center adds through workshops with professional collaborators and through the connections the Center makes between playwrights and producers of new work. This holistic and customized combination of financial support, access to talent, and professional connections is career-changing for most playwrights. Fellowship programs: Jerome Fellows, Many Voices Fellows and Mentees, McKnight Fellows in Playwriting, McKnight National Residency and Commission, McKnight Theater Artist Fellows, Venturous Playwright Fellows, Core Apprentices.

Local and national partnerships elevate the role of living playwrights. Through the Regulars partnership program, the Playwrights’ Center partners with 100 theaters around the country to bring their artistic staff to the Center in order to spend time with playwrights and to co-develop new plays with a keen eye towards production. In fact, 60% of these plays have gone on to full production within two years (rather than the average seven-year timeframe for most plays to see production). 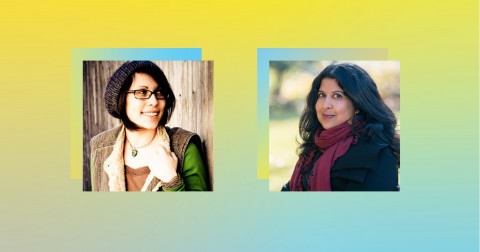