Core Writer Andrea Stolowitz is at the Playwrights’ Center this week, beginning work on a new play about race on a college campus. She is collaborating with director Lisa Channer; dramaturg Michael Kinghorn; and actors Dustin Bronson*, Katie Bradley*, Michael Booth*, Emily Madigan, Kiara Jackson, and Miriam Schwartz (*Member of Actors' Equity). Learn more about this first-year Core Writer below:

Your play Berlin Diary is based on your family history. How was writing a play that was so close to you personally different from writing a purely invented play?

It was so very different because I had to deal with the inconvenience of real life. In other words, the arc of the character I would make it it were “created” would have been more based in the traditional Western dramatic structure of a character who goes on a journey starting off as a broken character and regaining her wholeness. This was only partially true in the real version so I was forced to break from a naturalistic tradition which ultimately led to what I think was a more complex story.

What kind of stories have you been interested in telling recently? Do you know why you are drawn to them?

What is the most unusual place you’ve found inspiration for a play?

I would say finding the inspiration for a play in my own life felt pretty unusual. Normally I shape play around a character I invent, in this case I shaped a play around the truth of my own life. It was “ultra personal.”

Up until March I wrote in my bedroom at an Ikea desk. In March I became the Lacroute Playwright in Residence at Artists Repertory Theatre in Portland and then I got an office. My space has a desk, bookshelf, nice lighting, and yellow walls. It has art from my kids on the walls and much room to pin papers and cards up in the wall. Here is a photo: 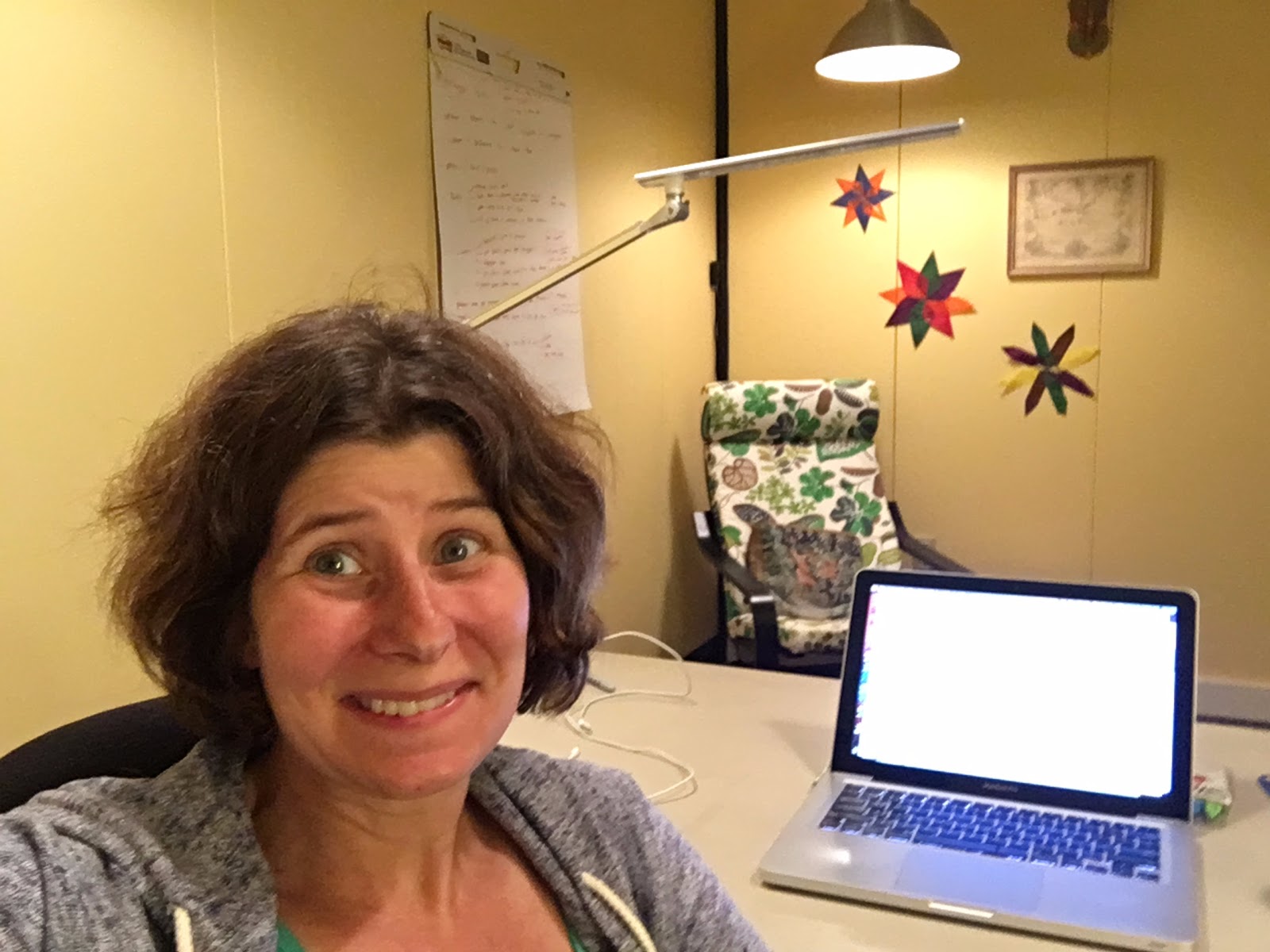 What is something you wish people had told you about playwriting that you had to learn the hard way?

It is really really difficult to need to earn money through art once you have a family. Money matters more than you think.

I usually start at residencies and I start with writing the scenes and characters that I know are in the play. Once I find the vehicle/mode I write from beginning to end.

What is the most rewarding part of the writing process for you?

Finish this sentence: If I weren’t a playwright I would be…

I worked in theater in high school on the tech side so I could attend cast parties. When I lived abroad in Moscow in 1992 I ended up going to the theater all the time. I was lonely and the university would shut down randomly so my classes would be cancelled and you could buy tickets for two rubles. I began to see amazing director and ensemble driven theater playing to full houses of audiences who were seeking answers. I always joke that I am still writing for the theater of Moscow 1992 because I am looking for that intensity of audience/artist interaction.

What play do you wish you had written and why?

That feels like such a weird question somehow. I admire so many writers and plays. I guess if pressed to a wall I would say I wish I could one day write as wide a variety of plays as Caryl Churchill.

What band are you listening to at the moment?

Sweet Spirit and specifically “The Power" 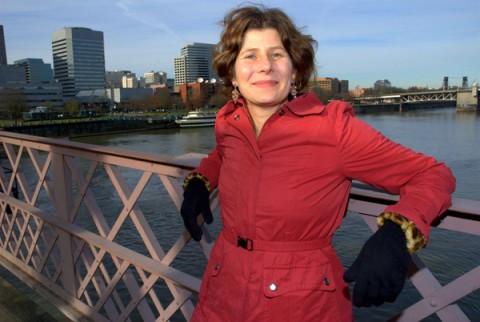