My first full-length play was about a moment in fourth grade when I decided to sit my parents down for marriage counseling. “You should get a divorce. All my friends parents are doing it, and you don’t like each other very much.” That didn’t go over well, especially years later when they came to see the play performed. Inspiration is such a strange phenomenon. You never know when or where it will come up, but I just try to stay open, follow the questions, and trust my own imagination. In doing so, I realized I was a pretty good marriage counselor and that if my parents had heeded that advice I could have saved them from years of unhappiness.

Tell us about your hockey play.

My newest project is a commission from Berkeley Rep about the expectations surrounding masculinity, gender, and sexuality through the lens of sports. When I was nine, I asked my father for ballet lessons, and the very next day he dropped me off at football practice. I grew up in a conservative, farming region of Appalachia, where fathers preferred their sons to be burly, know how to shoot guns, play sports, and to never, under any circumstances, cry. This new play takes place in the extremely competitive world of Minnesota high school hockey, and explores how hockey can highlight the murky landscape of same-sex desire, both suppressing and expressing various tenets of masculinity in physical and digital forms. It’s about the fetishization of an athletic body protected and obscured by a uniform, and the desire to connect with and create a world of our own design. In the summer I had two awesome, productive weeks at The Ground Floor, where I dove into some early scenes from the play. I know I want the play to include real ice-skating and authentic hockey mullets. I mean, you can’t have hockey without hockey hair.

In 45 years, theater will reflect the diversity of our world. It will be a sacred respite from screens and devices – a haven for empathy, ritual, and imagination. No longer needing to defend its existence against other art forms, theater will be radical, fearless, and free. I hope. 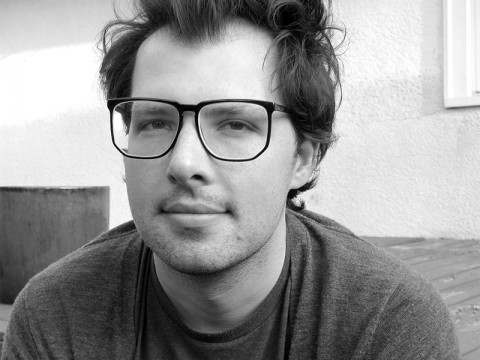