Core Writer Kim Euell is at the Playwrights' Center this week, workshopping The Dance with director Jennifer Nelson; choreographer Joanna Haigood; DJ Kool Akiem; and cast members Peyton Dixon, Adia Morris*, Clarence Wethern*, Charles Logan, and Emily Madigan (*Member of Actors' Equity Association). The play looks at race and activism through dance. Please join us for a public reading of the play on Friday, January 19 at 11 a.m. Learn more about Kim below:

You are a Company Member at Penumbra Theatre. How did you begin working with them?

Penumbra produced one of my plays, The Diva Daughters DuPree, in 2004. Lou Bellamy directed and the production was named "Outstanding New Show of the Year” by critics at the Star Tribune in their year end review.

I've also worked with Penumbra as a production dramaturg. They have done such great work over the years and have nurtured so many important African American writers early in their careers, including August Wilson. Theaters like Penumbra play a crucial role in the American theater by identifying and PRODUCING emerging writers of color who might otherwise be overlooked by mainstream theaters.

For me, they provided a second production of Diva Daughters, which led to subsequent productions and publication of the play which made me a national playwright. That second production is so often hard for playwrights to secure because most theaters want the credit for producing a world premiere. Consequently, I'm very grateful to Penumbra.

You’re an experienced dramaturg and teacher as well as a playwright. How do teaching and dramaturgy affect your writing?

New play dramaturgy informs my methodology for teaching playwriting. Working on many new play festivals and at play development programs like the Sundance Theater Lab has allowed me to observe certain patterns re: where playwrights go astray and to help them get back on track.

I was once invited to conduct an intensive workshop in a country where playwriting had languished due to the actions of a repressive regime. I had a very limited amount of time to yield production-ready plays, and I'm proud to say that four of the plays written in my workshop were subsequently produced. This experience transformed my approach to teaching the craft. Teaching playwriting is very satisfying for me. I love the process of de-mystifying dramatic structure for my students and watching their plays take shape. I love sitting around the table with other writers, reading aloud and discussing their works in progress. Coaching others helps me to coach myself more effectively.

Identity and cultural assimilation are two significant themes. My plays often depict characters who find themselves living on the periphery of their cultural communities. Lately I've been noticing that certain spiritual principles are reflected in my work as well. I write with the intention of provoking thought that leads to discussion and ultimately healing.

What is the best advice you’ve been given?

If you invest sufficient time getting to know your characters, the story will take care of itself.

By the time I sit down to begin writing, I've been ruminating on the play for many months. I typically have a collage that I've been creating that is a visual representation of the play I intend to write, as well as a notebook containing snatches of dialogue I've overheard my characters saying. I start by writing the first scene that pops up. It may or may not end up being the first scene in the final version of the play.

When I first graduated from college I was very fortunate to land a job working for an impresario who presented touring Broadway and off-Broadway productions in several cities in California. Sitting in the back of the theater watching every performance of these commercially successful plays and musicals allowed me valuable insights into the workings of dramatic structure. This is when I first realized a desire to write my own stories for the stage.

What play do you wish you’d written and why?

I love Ma Rainey's Black Bottom, because of its TRUTH and the way it encapsulates so many aspects of African American history and culture. This play is masterfully crafted. I love the way that the hierarchy of the society is communicated through the set design. I love the character of Ma and how her motivations are revealed. Having attended the show when it premiered on Broadway, I will never forget the sheer power and impact of the monologue that Levee delivers at the end of the first act. The ending also delivers another slam dunk punch in the gut.

I love powerful, transformative plays! The Beauty Queen of Leenane by Martin McDonagh is another one of my favorite plays, because I love the combination of the very dark humor, the rhythms of the language and the subversive way he threads his critique of British imperialism and the Catholic church through this story of a disturbingly co-dependent relationship between a mother and daughter. I love plays that contain big ideas filtered through the lens of human interaction. When I first saw this play back in the nineties I was captivated and impressed by the way that this playwright fully engaged his audience. At times they were groaning, howling and writhing in their seats.

Committing to a life in the theater.

How do you balance writing with the rest of your life?

That's always the challenge, isn't it? Deadlines are essential. 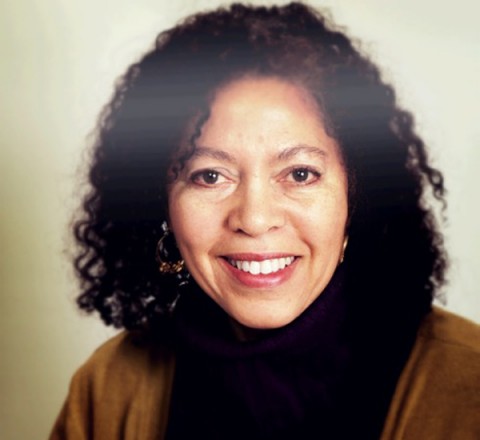