Many Voices Fellow Marisa Carr is workshopping a new play at the Playwrights' Center this week with director Kate Powers, dramaturg Wendy Weckwerth, and actors Megan Burns and Ricardo Beaird. We asked Marisa a few questions:

You’re a performer as well as a writer. What writer/performers inspire you and what performance projects do you have in the works?

There are too many inspiring artists to name, but a couple of writer/performers whose work has blown my mind recently are Taylor Mac and Danai Gurira. One performance project I’m working on right now is a solo show about Molly Spotted Elk, a Native singer, dancer, and actor who worked in Wild West shows, vaudeville, silent film, and Broadway in the early 20th century.

And you’re a composer as well! In what ways are writing music and words similar and how do they differ?

They’re similar because they’re both ways of telling stories. To be successful, they both require that where you end is somehow different from where you began. I don’t think they’re that different at all, actually, they’re just different languages to accomplish a similar goal.

Lavender Magazine called you the “Best New Political Playwright of 2014.” What advice do you have to playwrights who want to write political plays?

I have a T-shirt with a quotation by Ai Weiwei that says “Everything is art. Everything is politics.” I agree. I don’t remember ever setting out to create political work—I just write about what I think is interesting and important and true. If I were going to give advice about writing political plays, though, I would say a couple things: If your audience isn’t invested in your characters, they probably won’t be invested in what you’re saying. Also, being didactic is boring.

Well, it started with my stage debut as Baby Jesus (starring role) at St. Joe’s Christmas Eve mass when I was 3 months old…But seriously, my mom studied theater in college and worked briefly in theater before I was born, so when I was growing up we went to a lot of plays and I took acting classes and did theater in school. I started writing plays as an adult. Working as an actor, I felt like there weren’t roles for me so, I started writing my own and loved it!

What is a risk you took that you’re proud of taking?

Writing something and performing it in front of other people always feels like a huge risk. So did applying for the Many Voices Fellowship—I honestly didn’t think I had a shot but it worked out.

I don’t have a dedicated writing space. When I’m at home, I usually write on my couch with my laptop, but I like to get out of my apartment to write. One place where I love to go to write is the Minneapolis Institute of Art. It’s quiet, beautiful, and free.

What’s something about you that may surprise people?

I have a terrible sense of direction. I can get lost anywhere. That, and dancing, are my kryptonite. 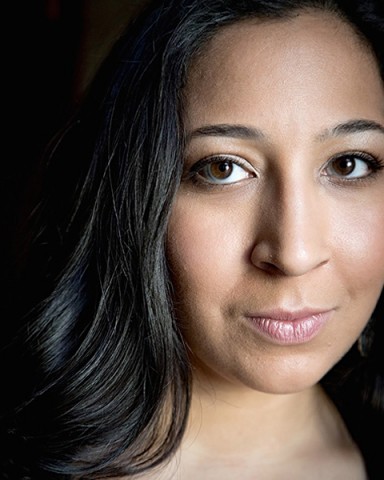