Join us for readings of Tha Chink-Mart on Monday, April 6 & Tuesday, April 7.

HF: Tha Chink-Mart is set in Long Island in 2004, where you grew up. How much of the play’s situation is based on experiences that you had in high school?

RY: The specific scenes and the things that happen in the play aren’t exactly what happened to me, but the sentiment, the atmosphere, and the racism is very much what I grew up with. I love this play because it’s so personal to me. I look at certain scenes and I recall certain memories that happened in my past, and each character in my play has a little bit of me in them.

In the play, there is a clique of friends that are the outsiders of the larger high school population. And yet, within that particular group of Asian American—Southeast Asian students, there is still racism. How did you see that functioning in the play? What are you examining by illuminating that racism?

It’s so hard to talk about because a lot of those situations—it’s just second nature to me. When I was writing it, I was just writing what had happened; the social dynamics of that time. Now having to analyze it—yeah, there definitely are these weird intra-racial clashes. A lot of it has to do with the fact that everyone is insecure and trying to fit in, at least on that high school level; this idea of trying to assimilate but never being able to and then lashing out on your friends because you’re also trying to protect yourself. The macro dynamics of the world ultimately get distilled through these high school relationships.

I think about the character Rich who’s the Hapa character—half white and half Asian. He can’t really fit in either place. He doesn’t get acclimated to the “Asian crowd” and he also is the Asian kid in the white crowd. That’s such a real thing within the Asian American community. There’s this idea of trying to preserve culture, and having anyone biracial—and I think this is for any ethnicity really—there’s this toxic element of detachment that manifests in these kids. Even in their social dynamics where they see how power plays out, they just start lashing out.

You set this play in 2004. Have things changed much since then? And what do you want the audience to experience by having the play set in the past?

I think things have shifted from 15–16 years ago. I think 2004 was a really transitional time. We were in a weird middle ground with the old and the new.

There was this old world idea of overt racism. I remember my classmates would call me “gook” to my face and it was fine. They would overtly make these comments like “pork fried rice” and shit like that. It was normal whereas today it would be insane behavior. But at the same time, it’s not like Asian Americans were being segregated like certain black and brown neighborhoods. Some of us had the economic mobility of some white people. It was this interesting, weird middle ground that I felt is very emblematic of racism and that time. I think that element of Asian American racism, that model minority myth, and stuff like that, is very representative of that time, and we still deal with it now. It’s symbolic in that way.

I think the character of Mr. Chan illuminates the problem with the classic notion of the “American Dream.”  Could talk about your intention with having him in the play and how he sits in conversation with the younger generation?

I think he is a more typical version of what an immigrant in America is. We have this idealized notion of the immigrant coming to America, working hard, and making a living. I think for most immigrants, it’s very difficult. I think most immigrants grind away for their progeny and the future of their family. That means taking on a job they don’t like, or trying and failing, and then just trying to survive. In that survival, a lot of things fall to the wayside. I don’t think intentionally, but it does because the grind is so difficult.

Mr. Chan comes because he has his own dreams. He’s not a refugee. But I was playing on this idea of looking to America as this beacon of something great—this land of dreams and opportunity—and then having that come crashing down on you. It felt more typical of what the immigrant experience is.

There’s also that generational divide. When you have an immigrant parent who doesn’t speak English well, it becomes inherently difficult to communicate. You communicate with your friends more openly. I think this goes for a lot of children in general, but especially an immigrant child. You get closer to your friends and keep things away from your parents. That distance with your parents begins to grow when there’s financial hardship, and then these barriers arise. If you can’t talk about it, they never come down.

I grew up in a bilingual household. I speak English better than I speak Japanese. I can’t find the words quickly or I can’t find the words at all sometimes, in Japanese. My Dad doesn’t speak English well. He’s very stifled in how to communicate and at a certain point, he just gives up. Mr. Chan also tries to export that responsibility to people who can communicate with him like his friends. It’s like, “Can you tell my son this?” and “Can you tell my son that?” This is also a tactic of survival—survival of the family.

I love the relationship that Mr. Chan develops with Emi and how it unfolds.

To me, it’s so typical but it’s also really tragic. Ultimately, both of my parents will never really know what my plays are about because their English isn’t strong. Knowing that is a little sad for me. I try to translate the synopsis of each scene to my parents, but even then, it’s not really capturing the nuance of the plays. That’s always going to be something I’m just going to have to deal with. It’s part of life as an Asian American living with immigrant parents. For me, Emi is that closure I’ve always wanted with my own parents. I wished they really understood what I was going through as a kid.

The play deals with themes that are certainly heavy, but it’s also an extremely funny play. Could you talk about humor and how it functions in your work?

Levity is part of life. People need to come up for breath from time to time otherwise they get overwhelmed or worse, they check out. Humor is the best way to get to people because they can digest it much more than they can digest something tragic. I talk about survival a lot but it’s truly a survival tactic. I’ve found that people have better perspective and comprehension on things when they’re laughing rather than when they’re crying.

What drew you to theatre over other modes of storytelling?

I love theatre because I think it’s the realest form of fiction. When I was in college, I had to go see a show for an “Intro to Theatre” class. I went into this tiny black box and the performance was just in your face; super, super intimate. I remember thinking, “I can’t believe I’m watching this! This fiction is actually tangible. It’s tactile.” It was life changing. I felt shook when I left the theater. That’s what makes live theatre attractive. It’s so powerful. There’s nothing else that could do it at that level. I was attracted immediately to it.

When you come here to work on the play, what will you be exploring?

I always love hearing different actors. It’s always interesting to see different actors give their own voice to it. It makes it feel real. It validates me. I want to know if this experience resonates with the room and the actors—is it telling the correct story? My intention when I started to write this play was, I knew I couldn’t be the only person experiencing the things I was experiencing. I saw essays written on it. I was like, “Oh, there are other people out there like me who went through what I went through,” but why isn’t there something out there I could point to, like “Yes, that’s the thing!”

That’s why I wrote this play; where people can be like, “Yeah. I know what that feels like.” I think that’s the sort of thing I hope that I can find and somehow validate or reinforce that I’m doing this for the right reasons. I hope we can have these discussions about how actors are resonating to each character that they’re playing, and if it’s truthful.

Tell me some of your influences. What other writers have inspired you?

Specifically for Tha Chink-Mart, it was August Wilson. Wilson is this canonical black writer who was very much like, “We’re going to talk about the black experience solely through black characters, and on the margins are the white characters.” In that same way, I wanted that structure for Tha Chink-Mart. I wanted all the scenes centered on Asian Americans and when they step out, whiteness is always on the fringes. The play is always through the lens of Asian Americans. My hope is that this play has that universality to it for Asian Americans. That’s why I wrote this play. 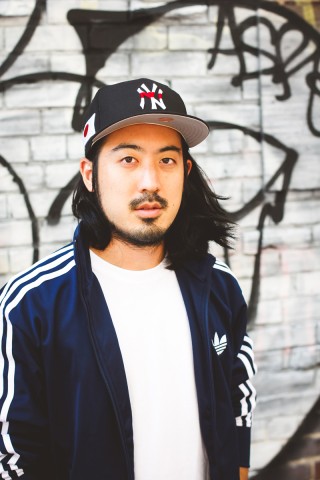