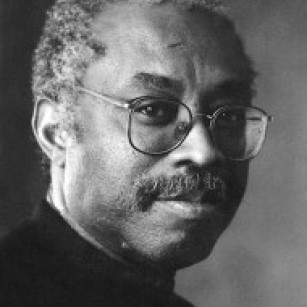 Carlyle Brown is a writer/performer and artistic director of Carlyle Brown & Company, based in Minneapolis, which has produced The Masks of Othello: A Theatrical Essay, The Fula From America: An African Journey, Talking Masks, Are You Now Or Have You Ever Been…, and Therapy and Resistance. His plays include The African Company Presents Richard III, The Little Tommy Parker Celebrated Colored Minstrel Show, Buffalo Hair, The Beggars' Strike, The Negro of Peter the Great, Pure Confidence, A Big Blue Nail, Dartmoor Prison, and others.

He has received commissions from Arena Stage, the Houston Grand Opera, the Children's Theatre Company, Alabama Shakespeare Festival, Actors Theatre of Louisville, The Goodman Theater, Miami University of Ohio, and the University of Louisville. He is recipient of playwriting fellowships from the New York Foundation for the Arts, National Endowment for the Arts, McKnight Foundation, the Minnesota State Arts Board, Jerome Foundation, Theatre Communications Group and the Pew Charitable Trust. Mr. Brown has been artist-in-residence at New York University School of the Arts Graduate Acting Program, The James Thurber House in Columbus, and Ohio State University Theater Department where he directed his music drama, Yellow Moon Rising.

He has been a teacher of expository writing at New York University, African-American literature at the University of Minnesota, playwriting at Ohio State University and Antioch College, African-American theater and dramatic literature at Carlton College as the Benedict Distinguished Visiting Artist, and "Creation and Collaboration" at the University of Minnesota Department of Theater. He has worked as a museum exhibit writer and story consultant for the Charles Wright Museum of African American History in Detroit, and the Kentucky Center for African American Heritage in Louisville, Kentucky.

Mr. Brown is a Core Writer of the Playwrights' Center in Minneapolis, and he is an alumnus of New Dramatists in New York. He has served on the board of directors of The Playwrights' Center and Theatre Communications Group, the national organization for the non-profit professional theate,r and is a member of the board of the Jerome Foundation. He is a member of the Charleston Jazz Initiative Circle at the Avery Research Center for African American History and Culture at the College of Charleston in Charleston, South Carolina, where his works and papers are archived. He is the 2006 recipient of The Black Theatre Network's Winona Lee Fletcher Award for outstanding achievement and artistic excellence, a 2008 Guggenheim Fellow, a 2010 recipient of the Otto Rene' Castillo Award for Political Theatre, and 2010 United States Artists Friends Fellowship. 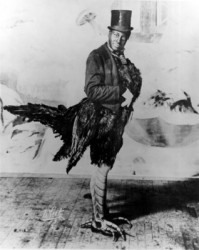 Nobody, No Time
by Carlyle Brown

It's February 25, 1922 - the last night in the life of celebrated Negro entertainer Bert Williams.  In a break between performanes of a matinee and the evening show, Bert regales his longtime assistant with songs and stories of a career built on the exploitation of Negro stereotypes.  Nobody, No Time is a play with music that looks inside one of the most complex and conflicted figures of the Vaudeville era. 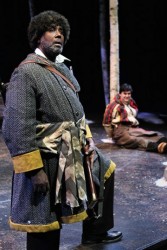 Trekking for six days and six nights in a blistering cold Minnesota winter, legendary Boundary Waters voyageur George Bonga is tasked with tracking down a fugitive Ojibwe warrior accused of murdering a white man.  A multilingual man of mixed blood, Bonga lived on the boundaries of Black, White, and Ojibwe.  Is Bonga really tracking down a murder or is he chasing his own demons?  A suspenseful Journey exploring race, power and justice. 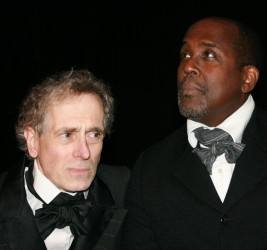 On a late night, early morning on September 22, 1862, as he ponders signing his great executive order emancipating the slaves Abraham Lincoln is mysteriously visited by Uncle Tom, a slave who is the hero in a book destined to be one of the greatest protest novels ever written, Harriet Beecher Stowe's abolitionist masterpiece, Uncle Tom's Cabin or Life among the Lowly. Two iconic characters from life and literature, one real the other fiction in a surrealistic interaction where they attempt to understand each other across a chasm of race in the midst of the Civil War. Through the night and into the dawning day they will find themselves crossing over into each other's world in a tale of suffering, self-discovery and redemption. 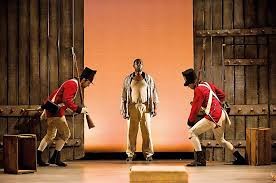 Carlyle Brown's riveting new play takes us to Britain's most notorious holding pen for prisoners of war and domestic criminals during the War of 1812. There we meet "King Dick," an African American sailor whose life at sea has provided him with remarkable personal freedom at a time when millions of enslaved Africans are still held in bondage. Captured by the British, King Dick becomes the absolute ruler of a segregated prison yard. But when a group of American prisoners from a nearby white yard ask him to join forces with them to celebrate the 4th of July—an event forbidden by their British captors—King Dick must confront the broader meaning of freedom and patriotism, and whether he and his fellow black sailors can find a home somewhere beyond the sea. 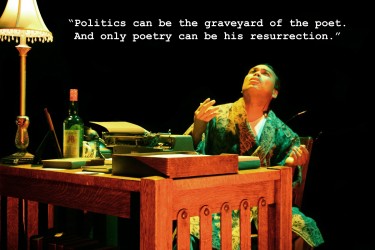 Are you now or have you ever been...
by Carlyle Brown

A fictional account of the demons and dilemmas faced by Langston Hughes while attempting to write a poem on the night before his appearance before the Senate Premanet-Sub-Committee on Investigations on Un-American Activities led by Senator Joseph McCarthy. 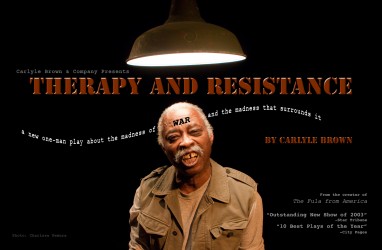 Therapy and Resistance
by Carlyle Brown

A solo show set in 1968, tells the story of the Viet Nam War draft resistance movement and the attempts of one draftee to get a deferment as a "manic-depressive schizophrenic with paranoid tendencies.  A tale of the madness of war and the madness that surrounds it. 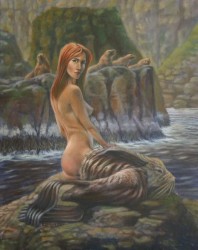 In the future, food is scarce and the oceans have been depleted of fish.  But one fisherman on the Maine Coast keeps bringing in the catch. Could his luck have anything to do with his strange new wife? The people in power would do anything to find out, especially "The Committee", who has sent the fisherman's brother to reel him-and his secrets-in. Brown, himself a former sea captain, probes tough questions about sustainability through the lens of one family's struggles. 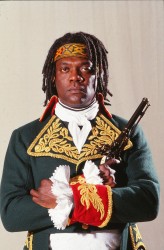 The Negro of Peter the Great
by Carlyle Brown

Based on an unfinished novella by Russian poet Alexander Pushkin, inspired by the experiences of his maternal great-grandfather, Ibrahim Petrovich Hannibal in the court of Peter the Great.  A story of a kidnapped African prince and the 18th century Russian Czar. A tale of honor, betrayal and a quest for home.

A Faustian tale that examines explorer Robert Peary, whose fame as the first man to reach the North Pole obscured the contributions of Matthew Henson, his African American cohort who could rightfully claim the title. Now at the end of his life with the estranged Henson knocking at his door, Peary is swept into a surreal nightmare on the chaotic Polar Sea, the coast of Maine and the terrifying landscape of his guilt ridden mind.

Through HowlRound and the Mellon Foundation National Playwright Residency Program, Carlyle Brown will be Illusion Theater and School's resident playwright.