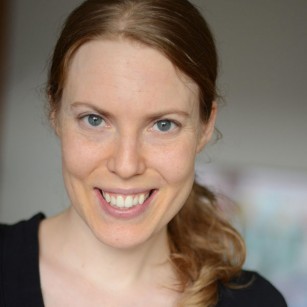 the calm before is a two-character father-daughter drama set in Rockport, TX the night Hurricane Harvey makes landfall. Ellen desperately attempts to get her recalcitrant father, a conservative 65-year old former Navy SEAL, out. As the hurricane bears down – difficult parts of their past and their current ideological differences play out; the two brace themselves for a night of tough winds, tough love, and confronting uncomfortable truths.

Cast:
Ellen Mayborn, 32. Female. She wears wellies the entire play. Sometimes speaks quickly. She’s like a hurricane in her own way. She has panic attacks but not in dire circumstances. Only over little things. And she can’t explain it. Mitch Mayborn, 65. Male. Ellen’s father. He wears loafers the entire play. He has an incredible amount of volition and nerve. He’s like a hurricane in his own way. He doesn’t own a cell phone, but not because he’s a technophobe. He just can’t be bothered to adjust. He has a dry sense of humor. Temperamental but sees himself as a generous, giving man.
Great White

Fourteen-year-old Brooke is in trouble. Her sixteen-year-old sister, Ivy, is manic and increasingly violent, and their mother, Gail, refuses to acknowledge the danger. As Brooke struggles to hold her family together, she copes by tracking a great white shark. This leads her to Luis, a troubled fifteen-year-old boy intent on swimming out to meet the shark in the ocean. As their friendship deepens, Brooke becomes increasingly aware of the shark drawing closer in her own life: that her sister, in a manic fit, might kill her. Set in present-day southern Florida, between coastal floods, Great White is a coming-of-age drama that explores unremitting love for family, and the consequences of inaction.

Cast:
Brooke, 14. Gifted, mildly obsessive. Ivy, 16. Brooke’s sister. Bipolar. At times, dangerous. A force. Gail, 38. Brooke and Ivy’s mother. Somewhere stuck on the edge of confronting reality and being in denial. Luis, 15. A kind of strange, but brilliant boy.
Preservation

In a small town, in an archival library, there’s a vault. Inside the vault, there’s a box. Stella, Lydia’s dying grandmother, has convinced her that inside the box is a buried family secret that could alter their lives. But the founder of the library funded it under the stipulation that the box never be opened. Lydia and Stella need vindication. Stan, the library’s archivist, needs to protect the library and the founder’s integrity at all costs. Lydia isn’t going away. And Stan isn’t backing down. Preservation is a dark, comedic thriller that explores what happens when protecting the dead comes at the cost of the living.

A community of truckers in a small town in Iowa are forced to shift gears when they lose their jobs to self-driving vehicles. When Gloria becomes the only trucker in town still employed, resentments begin to surface. Tensions escalate as they grapple with a mystery: Haygen, a driver with close ties to all of them, has disappeared. Set in a future not far down the road, DRIVE explores our collective fears surrounding the next stage of automation and what happens when individuals in a country where we’re so defined by our work are forced to reevaluate what drives them.

What does it mean to take someone into your home? The Man in the Sukkah is a tale of intergenerational trauma, buried secrets, and questing for identity. Southern Gothic and secular Judaism collide on a former plantation in rural South Carolina where the woods have more ghosts than trees. When Harris and Elaine take in a troubled teenager, Aviva, as their foster daughter - Aviva rebels by insisting on living in the yard in a sukkah (a temporary hut with three walls used during the Jewish festival of Sukkot). The sudden appearance in Aviva's sukkah of a mysterious man from Elaine's past sends further tremors through their lives. With Aviva at stake, Elaine and Harris must confront a perilous question: can they overcome the downward pull of history and their troubled upbringings to become good parents?

Cast:
AVIVA, 14. Incredibly bright, delusionally adult. A childhood sexual abuse survivor. (Note: The actress playing Aviva should avoid at all possible costs playing the maudlin / depressed teenager. Aviva’s not.) ELAINE, 39. An art therapist and new foster mother. Pragmatic. Constrained. She collects broken birds. HARRIS, 40s. Elaine’s husband. A freelance carpenter. Legally color-blind. He is blinded by bright lights, but has incredible night vision. Both tender and rough. NATE, 36. A drifter. Sometimes very human, sometimes unsettling. He carries himself with a tension and a stillness, as if he’s on the edge of a cliff.
Bomber's Moon

After a devastating discovery during the first week of the London Blitz, Katrin, an American socialite, is propelled onto the streets during the blackout. Caught in an air raid, she seeks shelter in the basement of an abandoned music shop. She’s followed by Lloyd, a displaced, working-class East Ender. Over four charged, complicated nights sheltering together in the music shop, Lloyd and Katrin become enmeshed in each other’s lives.

Cast:
Katrin, 27. Female. American. Until the start of the play, staying at the Savoy near the West End. Lloyd, 28. Male. English. From Stepney, London. Masks his East End accent, but often slips.
The Aleph Complex

To save herself from her chronically incessant thoughts, Nicky converts them into sounds so she can fall asleep to the sound of rain. This works until, during a bout of crippling social anxiety at college, a thought about her mother turns into a vicious storm. Nicky outruns the storm all the way home, where she returns to her old job at the Container Store and to Mom, who hasn’t left the apartment in five years. While searching for self-help books she meets Borders Guy, the mysterious keeper of the last Borders bookstore on the planet, who introduces her to the Aleph, a Borges-inspired point of overwhelming omniscience he guards in the back of the store. Through a chain of “self-help” both comic and poignant, Nicky, her mother, and Borders Guy struggle to smash down the walls that enclose their lives.

Cast:
NICKY, 18. In a state of bewildering self-repair. NAOMI, 36. Nicky’s mother. BORDERS GUY, 23. He carries both the cool confidence and neurosis of having read the first ten pages of every book at Borders bookstore.
TECTONIC MÉLANGE

When Tara, a petroleum geologist, surveys for minerals in a small town in North Dakota, she uncovers more than she expected- including deep community tensions and a darker side of herself.

For the second year in a row, the Minnesota State Fair rejects Doris Rubenstein’s traditional kosher dill pickles. When Doris confronts the judges, it becomes clear that they don’t understand her traditional Jewish brining process. They also inform her they have “a difficult time judging recently arrived immigrant groups.” Doris realizes there’s more than pickles fermenting, there’s hell to raise. A PICKLE is a darkly comedic look at prejudice and the power of Chutzpah (outrageous gumption). Based on a true story.

“A thought-provoking examination of prejudice, wrapped in some serious comedy.” –2017 MN Fringe Reviewer

“Sometimes a pickle is more than just a pickle. Sometimes it’s a symbol of one’s cultural heritage, a symbol of inclusion. Such is the true story of Doris Rubenstein’s pickles. In a nearly perfect hour of theater, playwright Deborah Yarchun has written the story as an engaging one-woman show… It’s no wonder this show sold out all of its performances and won the encore slot.” — Cherryandspoon.com

“…the show talks prejudice without being preachy, and the comedic dialogue is impressively colorful.” – The Star Tribune

Cast:
Doris, female. A generous mix of acerbic, outspoken and funny. In her early 50s when the story unfolds. Narrated from her perspective at 64.

Atlas, the Lonely Gibbon by Deborah Yarchun opens at Spreckels Theatre on August 12th and will run until August 28th! https://app.arts-people.com/index.php?actions=7&p=7

The Aleph Complex will have a world premiere at Alleyway Theatre in Buffalo in February 2023 as their Maxim Mazumdar prize winner.

A PICKLE is going to have a Canadian premiere as part of Winnipeg Jewish Theatre’s 2022-2023 season! https://www.wjt.ca/news/2022-2023-season-announcement

Because A Pickle sold out so quickly last season, Six Points Theater (formerly Minnesota Jewish Theatre Company) is kicking off their 2021-2022 season with more performances of the play from July 28th- August 15th. https://mnjewishtheatre.org/a-pickle

THE ALEPH COMPLEX is the winner of the Maxim Mazumdar New Play Award and will premiere in Alleyway Theatre Company’s 2022-2023 Season.  And my play ATLAS, THE LONELY GIBBON was a finalist for the O’Neill’s 2021 National Playwrights Conference and Seven Devils.