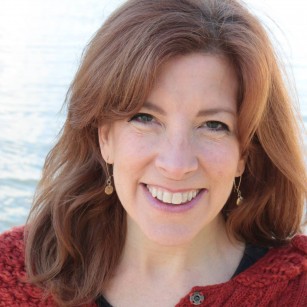 Jamie Pachino is an award winning playwright, screenwriter and TV writer with national and international credits. Jamie's plays have been named the winner of the Kennedy Center Fund for New American Plays production grant, the Laurie Foundation Theatre Visionary Award, Chicago’s Jeff Award for Best New Work, and the Francesca Primus Prize by the American Theatre Critics Association, among many others. Her work has been nominated for the Susan Smith Blackburn Prize and Illinois Governor’s Award, and named Runner-up for the Osborn Award and Finalist for the Jane Chambers Award. Her plays have been produced and developed by Steppenwolf, Long Wharf, Hartford Stage, ACT, San Jose Rep, Pasadena Playhouse, Geva, Northlight, Florida Stage, A Contemporary Theatre, and dozens of others. Jamie has written features for DreamWorks, Disney, Vanguard, Lions Gate, and Walden, teleplays for Amazon, Hallmark Hall of Fame, Hallmark Channel, Lifetime Television and UP, and TV series for Amazon (Sneaky Pete), AMC (Halt and Catch Fire) NBC (Chicago PD, The Brave), USA (Fairly Legal) and TNT (Franklin & Bash). She has written pilots for FX and Bad Robot, and is currently a Co-Executive Producer on Charlotte Walsh Likes to Win, for Amazon.

OTHER THAN HONORABLE
by Jamie Pachino

A former Army officer (now lawyer) reluctantly takes on a military sexual assault case, re-opening old wounds, and forcing her to confront her past, along with the real meaning of the military’s code of honor.

Cast:
4w, 2m
SOME OF THE PEOPLE, ALL OF THE TIME
by Jamie Pachino

The director of a major art museum falls in love with a woman who may or may not be an art forger.

A Nobel prizewinning astrophysicist goes after evidence of God, through physics, jeopardizing her 40 year friendship with her best friend-- a Rabbi-- and her post-doc, the son of a Christian scientist. 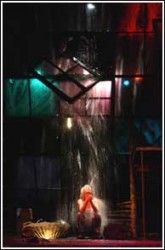 A 17 year old photographer loses her father in a mountain climbing accident, and must spend her 17th year with the mother who abandoned her. (Also about loss, grief, change, making art, wishing things were different, finding love, not turning into your mother, and those irrevocable moments after which nothing is ever the same).

Cast:
3W, 2M
THE RETURN TO MORALITY
by Jamie Pachino

A liberal college professor writes a scathing satire of the right, only to see it published non-fiction, and heralded by the very people he sought to skewer.

The true story of Aurora Rodriguez and the prodigy daughter she raised, educated and worshiped in 1930s Spain... then murdered after her 18th birthday.

Historians across the ages (490, 1090, 1590, 1890, and 1990) offer up the "expose" of Theodora, the courtesan, actress and eventual Byzantine Empress alternately painted by history as a despot, romantic heroine, revolutionary, and nymphomaniac.

A black comedy about three siblings with a curse on their head, a 14 year old bolt of lightning, and the bible salesman who comes to visit one stormy night.

OTHER THAN HONORABLE was named the Winner of the John Gassner Playwrighting Award Competition, 2015.

OTHER THAN HONORABLE was named a Winner of the 2015 Gulfshore Playhouse New Works Festival and will have a workshop, culminating in a reading September 26th, 2015.

OTHER THAN HONORABLE was named a Finalist for the 2015 Jane Chambers Award.