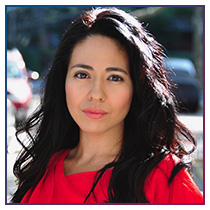 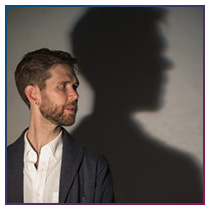 Philip Dawkins is an educator with more than 20 years of experience in the classroom and a professional playwright whose plays have been performed all over the world. At the university level, Philip has taught playwriting fundamentals, playwriting for young audiences and young voices, Tiny Gothic, Playwriting Sequence, and Playwriting II at Northwestern University, DePaul University, Independence Community College, and Loyola University Chicago. As a teaching artist for Chicago Dramatists, Pegasus Players, Timeline Theatre, and others. Philip spent a decade in Chicago Public classrooms at every grade level, including ESL classes and programs for students on the Autism spectrum. As an international artist, Philip has traveled the country teaching his own Kung Fu Playwriting Course which integrates the teachings of Master Bruce Lee and Jeet Kun Do with the fundamentals of playwriting. Philip has also acted as a writing coach for several published authors, motivational speakers, and playwrights, and he has mentored and taught through multiple theaters and training programs across the country, including online. For four years, he also led the Artists Development Workshop for writers with and without disabilities at Chicago’s Victory Gardens Theater. PWC 300 will be Philip’s fifth time leading a class for the Playwrights’ Center, where he is a proud Affiliated Writer.

Philip’s plays include Failure: A Love Story (Victory Gardens Theater), Le Switch (About Face Theatre, The Jungle), The Homosexuals (About Face Theater), The Burn (Steppenwolf for Young Audiences), Dr.Seuss’s The Sneetches, the Musical with composer David Mallamud and Spamtown, USA (both with Children’s Theater Company, Minneapolis), The Gentleman Caller (Raven Theatre, Chicago; Abingdon Theatre, NY), Charm (Northlight Theatre; MCC), Miss Marx: Or The Involuntary Side Effect of Living (Strawdog Theatre), and his solo play, The Happiest Place on Earth (Sideshow Theatre/Greenhouse Theater Center). He’s been a fellow at the Hawthornden Castle International Retreat for Writers in Scotland and the MacDowell Colony in New Hampshire. Many of Philip’s plays are available through Dramatists Play Service, Playscripts, Inc., and Dramatic Publishing. 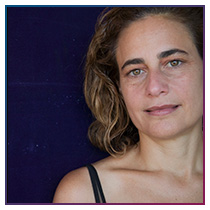 Catherine Filloux is an award-winning playwright who has been writing about human rights and social justice for over twenty-five years. Her plays have been produced around the U.S. and internationally. Catherine has been honored with the 2019 Barry Lopez Visiting Writer in Ethics and Community Fellowship; the 2017 Otto René Castillo Award for Political Theatre; and the 2015 Planet Activist Award. Filloux is the librettist for four operas, produced nationally and internationally. Her new musical Welcome to the Big Dipper is a 2018 National Alliance for Musical Theatre finalist. Recent plays include White Savior at Pygmalion Productions in Salt Lake City, Utah; her web drama about deportation and children, “turning your body into a compass” live streamed by CultureHub, and “whatdoesfreemean?” produced in New York City by Nora’s Playhouse. Filloux’s plays have been widely published and anthologized. She received her MFA at NYU’s Tisch School of the Arts’ Dramatic Writing Program and her French Baccalaureate in Philosophy, with Honors, in Toulon, France. She is a co-founder of Theatre Without Borders and the first Art & Peacebuilding Scholar at the Joan B. Kroc School of Peace Studies at the University of San Diego, as well as an alumna of New Dramatists. Catherine has taught playwriting at many universities and colleges including Vassar College, Wesleyan University, and Bennington College. Filloux has served as a speaker/panelist at playwriting, human rights conferences, and organizations around the world. www.catherinefilloux.com 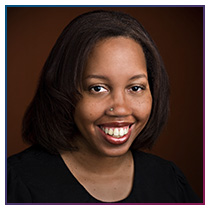 Christina Ham was named one of “The Top 20 Most-Produced Playwrights of the 2018-19 Season” by American Theatre magazine. Her plays have been developed and produced both nationally and internationally with the Kennedy Center, Arena Stage, The Guthrie Theater, Ensemble Studio Theatre, Institute of Contemporary Art in Boston, by Tony Award-winning producer Arielle Tepper Madover off-Broadway at Theater Row, and the Tokyo International Arts Festival among many others. Christina is a two-time recipient of a McKnight Fellowship in Playwriting and a Jerome Fellowship from the Playwrights’ Center in Minneapolis, and a MacDowell Residency. She has received commissions from The Guthrie Theater, Ensemble Studio Theatre/Alfred P. Sloan Foundation, and the Kennedy Center among many others. Her plays are published by Dramatic Publishing, Heinemann, PlayScripts, Inc., Smith and Kraus, and Oberon Books. A graduate of the University of Southern California with an MFA in Playwriting from The UCLA School of Theater, Film, and Television, she is a member of the Playwrights Union and The Kilroys, an advocacy group fighting for gender balance on the American stage. She has had the privilege of working for such television horror and science fiction genre auteurs as Roberto Aguirre-Sacasa, Nick Antosca, and Jonathan Nolan and Lisa Joy. She has been a staff writer, executive story editor, and producer on such streaming shows as The Chilling Adventures of Sabrina, Brand New Cherry Flavor, and Sweet Tooth, all for Netflix. She’s done the social horror series THEM for Amazon. She is currently a Writer/Supervising Producer on the hit HBO Emmy Award-winning series Westworld. www.christinaham.com. 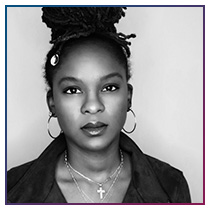 Tori Sampson a native of Boston, MA is proud to be from “The City of Champions” and even prouder to be a human rights activist and Black Woman storyteller. By introducing her daughter to the genius that was Carroll O'Connor, Tori’s mother opened her eyes to the art and power of comedy for “goodness sake”. And it was on and poppin’ from there. Today, Tori focuses her imagination on creating comedies for the stage. Her plays include If Pretty Hurts Ugly Must be a Muhfucka (Playwrights Horizons, 2019), This Land Was Made (Vineyard Theatre, 2018), and Cadillac Crew (Yale Repertory Theater, 2019). Her plays have been developed at Great Plains Theatre Conference, Berkeley Repertory Theatre’s The Ground Floor residency program, Victory Garden’s IGNITION Festival of New Plays, Playwrights Foundation, Ubuntu Festival and Vineyard Theater. Tori is a 2017–18 Playwright’s Center Jerome Fellow and a 2018-19 Mcknight Fellow. Two of her plays appeared on the 2017 Kilroys List. Her awards and honors include the 2016 Relentless Award, Honorable Mention; the 2016 Paula Vogel Award in Playwriting from The Kennedy Center; the Lorraine Hansberry Playwriting Award, Second Place; the Alliance Theater’s 2017 Kendeda Prize, Finalist; the 2018 Susan Smith Blackburn Prize, Finalist. Tori is currently working on commissions from Berkeley Repertory Theatre, Yale Repertory Theatre, and Atlantic Theater Company. Tori is currently a writer for Hunters on Amazon Prime, and she has developed shows for HBO. She holds a BS in sociology from Ball State University and an MFA in playwriting from Yale School of Drama. 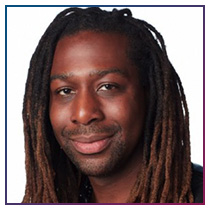 James Anthony Tyler is the recipient of the 3rd Annual Horton Foote Playwriting Award. He is also one of the inaugural playwrights to receive a commission from Audible’s emerging playwrights fund. His plays include Artney Jackson (World Premiere at Williamstown Theatre Festival, 2018 Edgerton Foundation New Play Award), Some Old Black Man (Berkshire Playwrights Lab at St. James Place and 59E59 Theaters NYC), Dolphins and Sharks (LAByrinth Theater Company and the Finborough Theatre in London), hop tha A (Texas Sate University's Black and Latino Playwrights Conference, Ars Nova, The Drama League and Asolo Rep), Talkin' to This Chick Sippin' Magic Potion (Rattlestick Playwrights Theater, SPACE on Ryder Farm), and The Drop Off (Classical Theatre of Harlem, The Playwrights' Center, The Juilliard School). He was a member of Harlem's Emerging Black Playwrights Group, a 2014-2015 Dramatists Guild Fellow, a 2015-2016 Playwrights' Center's Many Voices Fellow, a 2016-2017 Ars Nova Play Group Resident, a 2016 Working Farm Playwrights Group Resident at SPACE on Ryder Farm, a 2016 Theatre Masters Visionary Playwrights Award recipient, a Nashville Rep Ingram New Works Playwright, a 2018-2019 Amoralists Wright Club Playwright, a 2018 Djerassi Fellow, and a 2018 MacDowell Fellow. He has a MFA in Film from Howard University and a MFA in Dramatic Writing from New York University, where his concentration was Playwriting, and is a recent graduate of The Juilliard School's Lila Acheson Wallace American Playwrights Program. He recently was the Staff Writer for the new OWN Network show Cherish the Day (set to premiere in Winter 2020) created by Ava DuVernay. 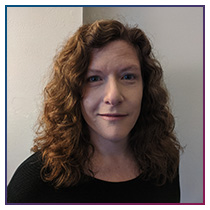 Sheri Wilner is an award-winning playwright who has been working in the theatre for over twenty-five years. Her plays include Kingdom City, Father Joy, Bake Off, Relative Strangers, Labor Day, Joan of Arkansas, The End, A Tall Order and Hunger, and have been performed and developed at such major theatres as the Guthrie Theater, Actors Theatre of Louisville, La Jolla Playhouse, The Old Globe, Williamstown Theatre Festival, the O’Neill Playwrights’ Conference, Signature Theatre (D.C.) and the Old Vic/New Voices in London. Her work has been widely anthologized and published by Dramatists Play Service, Dramatic Publishing Company, Samuel French and Playscripts.com, leading to over five hundred productions of her plays across the United States as well as in Australia, Denmark, Germany, Ireland, Japan, United Kingdom and India. Her playwriting awards include a Howard Foundation Fellowship in Playwriting, a Bush Artist Fellowship and two Playwrights’ Center Jerome Fellowships. In addition to teaching for the Playwrights' Center, she is also an Adjunct Professor for NYU’s Tisch School of the Arts’ Dramatic Writing Program and is on the faculty of the Dramatists Guild Institute, where she also serves as the DGI’s Certificate Program Advisor. She has also twice been a Master Playwright for the Miami-Dade Department of Cultural Affairs’ Playwright Development Program and was the Monan Professor in Theatre Arts at Boston College, the Fred Coe Visiting Playwright-in-Residence at Vanderbilt University and a visiting Assistant Professor in Playwriting at Florida State University’s MFA Dramatic Writing Program. A graduate of Cornell and Columbia University, she lives in New York City.